SALTON CITY, Calif. (KYMA, KECY) - Border Patrol agents arrested a man and a woman after being accused of attempting to smuggle nearly $129,000 in methamphetamine.

U.S. Border Patrol agents say a man and a woman approached the Highway 86 immigration checkpoint in a black 2015 GMC Terrain when an agent sent the vehicle to secondary last Sunday.

While in secondary inspection, a canine alerted to the rear passenger side of the vehicle. When agents searched the vehicle, they found two red and blue nylon bags with 45 small sealed packages containing a white crystal-like substance.

They say the packages tested positive for meth. The bags weighed nearly 47 pounds. Agents turned in the 45-year-old man, 62-year-old woman, and the drugs to the U.S. Drug Enforcement Administration. 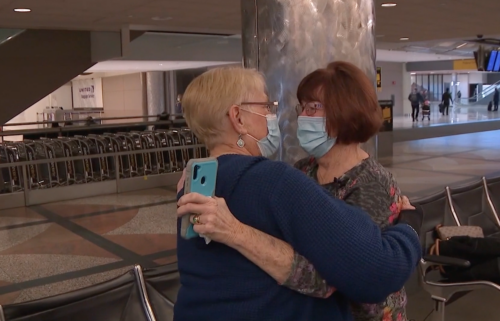