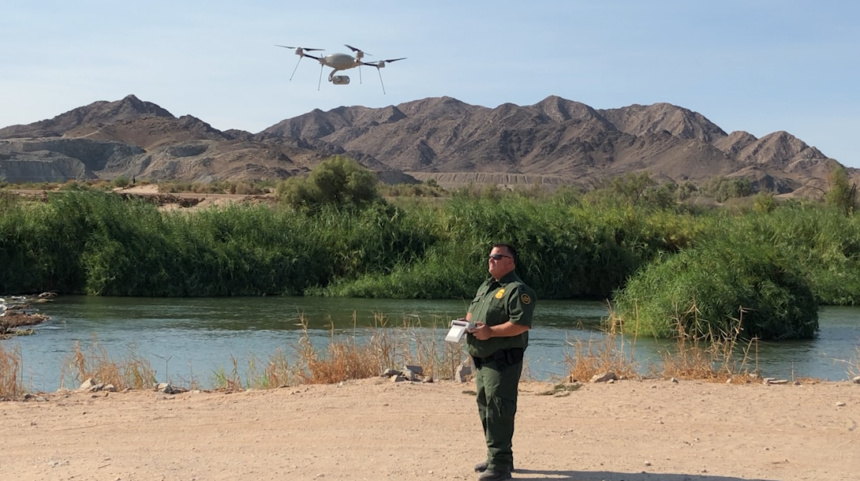 (KYMA, KECY) - Drones have taken off as a safety alternative for agents and deputies who are always looking for new ways to achieve the ultimate goal of public safety.

In a 13 On Your Side exclusive, April Hettinger examines how law enforcement is keeping a watchful eye on suspects and missing persons.

Drones can see what agents and deputies can't see. They are able to spot missing persons, illegal entries, drug smuggling or a barricaded suspect.

Sgt. Eliseo Gonzalez runs the drone program with the Imperial County Sheriff's Office. He discusses the features of the drones.

"We can watch the illegal entry take place and follow the illegal aliens all the way up until an agent can come up and affect an arrest," Walker said.

"If there was an incident where there was a shooting in an area, you could deploy this drone and find out how many subjects are there, what kind of weapons they might have before any law enforcement moves into the area which is a huge safety advantage," McBride stated.

ICSO can deploy the drone if a suspect barricades themself inside a home or building. The drone can see if the suspect has any weapons and can use the intercom system to give commands, like telling the suspect to come out of the building.

They are also an effective tool when a suspect won't get out of the car following a high speed chase.

"In the event that you were to go on pursuit, vehicle doesn’t stop and then eventually the vehicle gets to a stop and the subject’s not complying, it’s very limited with what you can see from a distance," Sgt. Gonzalez said. "Typically, a patrol vehicle is parked 12 to 15 feet behind the vehicle. Utilizing the drones, you’re able to get that image almost, being able to see what the driver has in his hands."

In the desert, missing person cases are a dime a dozen. In some instances, they need specialized vehicles to operate through the mountains or heavy brush.

It only makes things worse in the summer heat, putting a lot of strain on agents and deputies.

"In the mountains, it’s a lot of inaccessible areas," Walker explained. "We can launch a drone and fly for 30 minutes in through an area and look around for elicit traffic, and we’ve saved agents two to three hours of hiking."

Time is also a key factor when considering efficiency.

"Normally what would take an agent an hour for tracking and apprehension, we can wrap that up in half the time," McBride said.

Border Patrol agents have specialized drones for different situations. They will use this quadcopter when they need surveillance in a hurry.

"These are a rapid deployment aircraft. From the time you get them, unpack them from the backpack, they can be in the air in about three minutes," Walker said.

The puma is figuratively "bulletproof" and more high tech. It requires a two person launch and is also used by the Department of Defense.

"It has a long endurance battery. You can keep it in the air for over three hours. It’s capable of landing in the water without having any damage to it," Walker stated. "It’s made for all environments: desert. The temperatures do not affect it. Once it’s in the air, the camera extends down. It has a 360-degree rotation."

Agents and deputies are looking forward to the future of drones and how they can be used in advancing public safety.

"As technology improves, the drones will improve. That will help us in our jobs," McBride explained. "It’ll help us be more efficient. It’ll help us complete the task at hand quicker, and it’ll help us see better so we know what we’re facing in the field."

It's only a matter of time before drones become the routine frontrunner in crime solving and rescues. For now, it will serve as the third-eye.