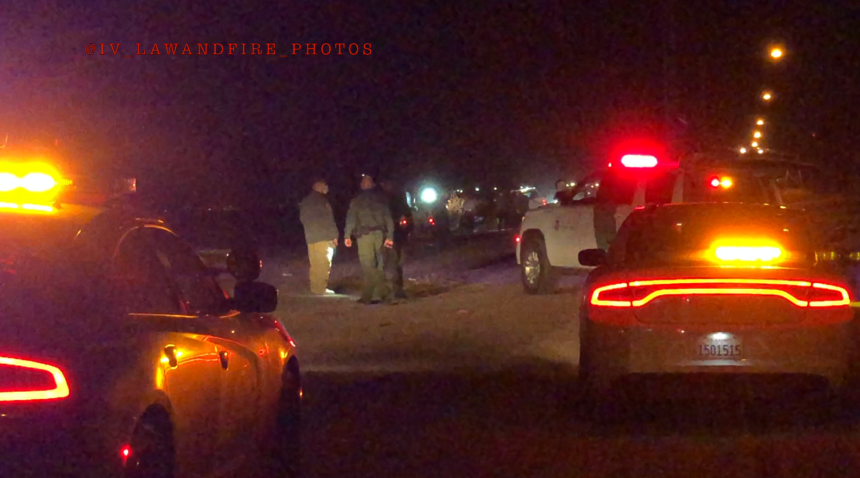 CALEXICO, Calif. (KYMA, KECY) - Multiple agencies are looking into the death of a 21-year-old immigrant from Mexico who was run over and killed by a Calexico Border Patrol Agent from the El Centro Sector.

According to the California Highway Patrol who responded to the incident, the collision happened Friday, Nov. 6 around 8:40 p.m. near Anza Road east of the city of Calexico,

The man killed has been identified as a 21-year-old undocumented immigrant from Nayarit, Mexico.

CHP reports indicate that the man was traveling north of the eastbound lane of Anza Road when he was struck by a CBP vehicle traveling in the same direction.

The man was transported by REACH AIR to a hospital in Palm Springs where he succumbed to his injuries.

Beltran's report also indicated that the CBP agent who was driving a Ford Raptor suffered minor lacerations to his face.

Meanwhile, Border Patrol put out a statement detailing what had occurred during the collision.

CBP said an agent was responding to an illegal entry of individuals in the area when he collided with the victim who they say was lying on the road.

Both CHP and CBP are working in coordination to further investigate, however, the Mexican Consulate in Calexico has gotten involved and is making for a transparent and expedited investigation.

The consulate is providing legal services for the family of the victim. The layer taking on the case is specialized in cases of police abuse.

Wednesday on 13 On Your Side, Alexandra Rangel speaks to the Mexican Consulate about the investigation, and how it's helping the victim's family.