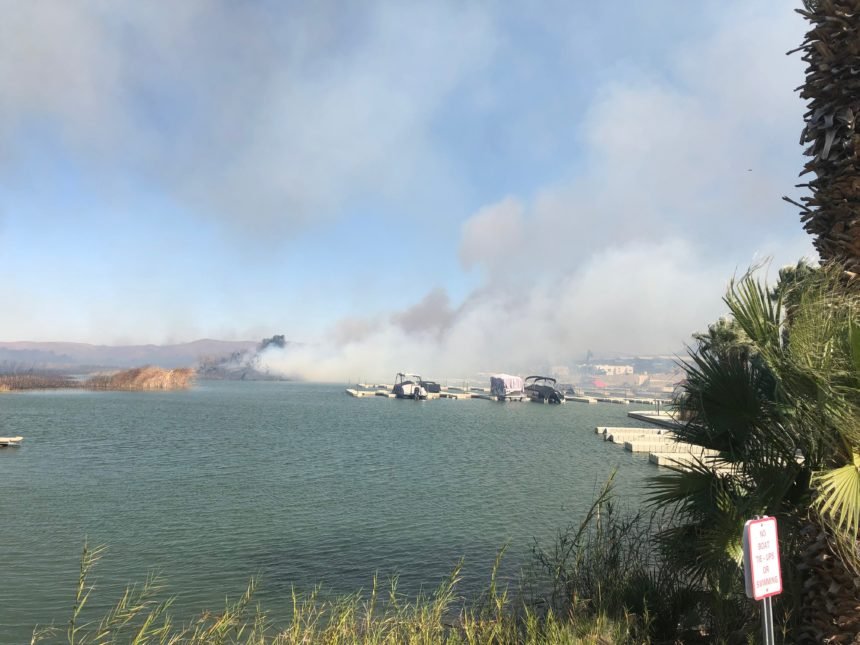 YUMA, Ariz. (KYMA, KECY) - Residents of the Hidden Shores Resort are being allowed to return to their homes after a brush fire threatened their properties.

Hidden Shores is just north of Yuma Proving Ground. The fire was burning in the toolies along the Colorado River. It damaged one home and destroyed one boat. No one got injured.

Rural-Metro says the fire is now under control, but crews will stay on scene to monitor hot spots.

Rural/Metro said the fire is under control, but they are still monitoring it.

Firefighters had to evacuate at least 15 residents living at the Hidden Shores Resort. As of 4 p.m. they have not been allowed back into their homes.

The fire damaged one home and destroyed one boat.

Drivers are being asked to avoid the area, just east of Imperial Dam Road.

Keep it tuned to News 11 for the latest developments on this story.