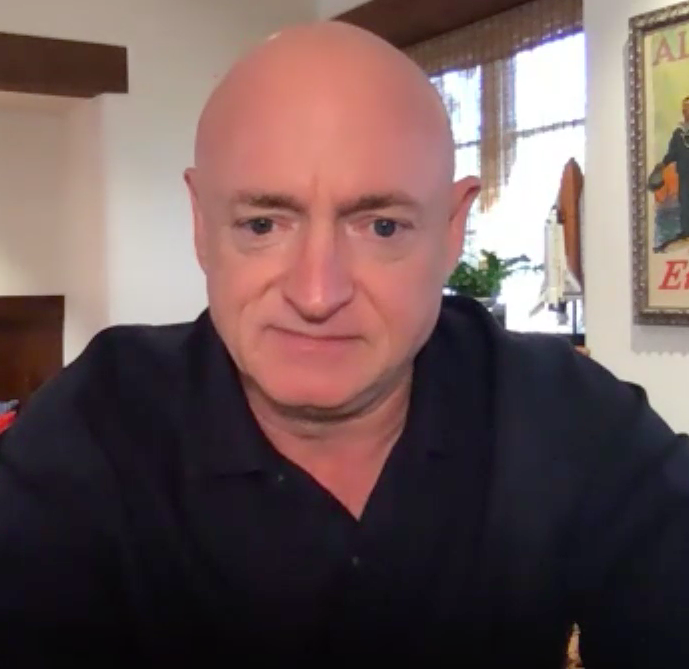 YUMA, Ariz. (KYMA, KECY) - It's been nearly 70-years since two Democrats represented Arizona in the U.S. Senate at the same time. That will change later this week, when Mark Kelly takes the oath of office and begins filling the remainder of the late Sen. John McCain's term.

Kelly won the seat by claiming more than 50% of the votes cast in the November 3rd Special Election. He'll take the oath of office within days of the state's official vote certification. Certification is scheduled for Monday, November 30th, which means, Kelly could be on the job as soon as Tuesday or Wednesday.

The timeline speeds up the transition process considerably. Other newly-elected Senators have until January 3rd, 2021 to get their Washington, D.C. offices organized and up and running.

“It’s less time to come up with a plan to staff the office, and have a Senate office up and running, it’s about half the time, but I knew that going into it.  We’ve been prepared all along, we knew that was the timeline.” said Kelly.

Kelly wasted no time assembling a topnotch team to help him meet the challenge.

“This is a bipartisan group from different professional backgrounds who have been very helpful." he said.

His co-chairs include, Democrat Luis Heredia, a Somerton-native who currently serves at the Arizona Education Association's Executive Director, and Republican Sharon Harper, a real estate professional who worked on Sen. McCain's 2000 and 2008 presidential campaigns.

Kelly plans to take a bipartisan approach to conducting business in the Senate as well.

"It’s been very  divisive and polarized and partisan, and I’m hoping what we’ve experienced over the past few years is the high mark, and it’s going to get better from here." he said.

"I’m optimistic that it can get better." he continued. "I’ve been reaching out to not only my future Democratic colleagues, but the Republicans as well to talk to them about finding some common ground, and they’re optimistic as well."

Kelly believes compromise and cooperation are the key to dealing with the issues America faces as it heads into a new year.

"I don’t think one party, not the Democrats or the Republicans, can solve these problems, because they’re hard problems to solve..."

The Senator-elect puts the coronavirus pandemic at the top of his priority list. He's concerned with stopping both the spread of the virus, and the spread of economic hardship that comes with it.

He feels its time Congress did more to care for its constituents.

"The Senate pretty much checked out on them.  They went on vacation a number of times..."

"The Senate pretty much checked out on them.  They went on vacation a number of times.  They can’t find a bipartisan solution.  We need compromise, there are families that are struggling.” he told us.

Kelly said he and wife, former U.S. Representative Gabrielle Giffords, recently witnessed the toll the virus is taking on people in communities across Arizona.

"This is a crisis.  The United States Senate has a moral and legal obligation with this issue, they’re not addressing it."

“Gabby and I were just at the Southern Arizona Community Food Bank…2,500 cars today will receive food from the food bank. This is a crisis.  The United States Senate has a moral and legal obligation with this issue, they’re not addressing it." he shared.

Kelly said the time for action is now.

“We have the holidays coming up, if we don’t do something, with rising infection rates and the combination of unemployment, for some families it’s going to be a tough holiday season.” he said.

The Senator-elect admits, we have limited options for slowing the spread of the virus.

Kelly says the answer is simple - wear a mask.

"The tools we have are wearing a mask, social distancing and washing our hands.  It’s important that we, as leaders, reinforce that message over and over again."

Prior to running for Congress, Kelly was a Navy fighter pilot, a test pilot, and a NASA astronaut. He led four missions as a space shuttle commander.