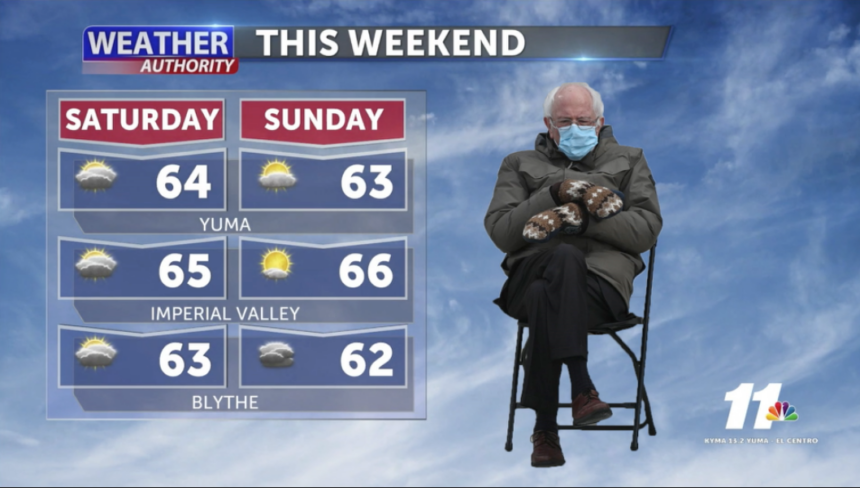 YUMA COUNTY (KYMA, KECY)- Despite lingering shower potential, today will likely be the most pleasant day for the next week before another weather system dives into the western United States over the weekend, resulting in additional chances for rain, high elevation snowfall, and much cooler temperatures.

According to the National Weather Service (NWS), yet another similar cold and wet system is likely to move through the area early next week with deserts highs dropping into the low to mid 50s by next Tuesday.

Widespread haze and patchy fog is expected before 10 a.m. on Friday. Otherwise, it will be mostly cloudy, with a high near 67. Southeast wind 5 to 10 mph.

On Saturday, there will be a 30 percent chance of showers, mainly before midnight. Partly cloudy, with a low around 48. West southwest wind around 5 mph becoming calm in the evening.