YUMA COUNTY, Ariz. (KYMA, KECY)- It will be a chilly start to the work week before temperatures rise dramatically to near record high's or the latter half of the week.

According to the National Weather Service (NWS) dry conditions will prevail through the week with strong high pressure developing during the second half of the week.

Temperatures will hover near the seasonal normal during the first part of the week, however climb markedly during the latter half of the week.

Readings will peak at least 10 degrees above average, but likely remain just shy of daily records. 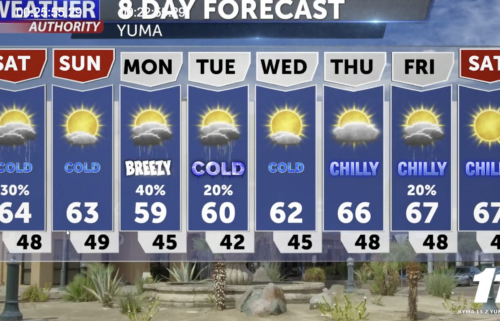