"Knowing Cibola's history, they have a very good tradition here in yuma," Koepplin said. "Hoping to add to that tradition and enhance it a little."

The Raiders first game was a learning experience for Koepplin as his Raider's were thumped at home by Imperial 43-0. Koepplin was an assistant football coach for Gila Ridge a few years back and has experience as a varsity head coach in tennis and girls basketball but not varsity football. Having a chance to take on the challenge is something Koepplin embraces.

"It's definitely one of the things I looked at when taking the job here at Cibola" Koepplin said.

Getting his team to trust his leadership and vision is a work in progress.

"There are still some things that we are feeling out," Koepplin said. "That being in how we do things a little bit and how we take care of things."

The team's goal remains the same. To win the city championship, finish with a winning record and make the state playoffs. Last season, the Raiders achieved two out of the three under head coach Steven Fritz.

"We’re still getting used to him but I feel we’ll have a good outcome in the end," Senior offensive lineman Oliver Gonzalez said. "I think we need to work on listening more but our strength is we’re all pretty experienced."

"As a senior it's a lot to take in," Senior linebacker Alex Purnell said. "I’ve had a good four years of football. I just want to be successful, I want a good season and to end it great, I just wanna have fun."

"At first it was difficult," Senior wide receiver Isaiah Arriola said. "After the summer it got easy, it’s pretty simple."

Head coach Kasey Koepplin says his team's strength is the offensive line. It's going to need to hold the fort down early as the Raiders try to fill the quarterback hole left behind by Audrey Acosta who graduated and is now playing at the collegiate level.

"We’re going to look at a few different options right now," Koepplin said. "We have Jesus Torres looking at some reps there and sophomore Carter Rutledge is taking some reps there."

Koepplin's offense will deploy a less traditional attack with the single wing look.

"It's different than what most people are used to seeing," Koepplin said. "We do a lot of variations within that with more non traditional schemes and sets."

The Raiders will reply on their run game to control the ball and the clock. Koepplin will also need to find ways to get the ball to his star wide receiver Isaiah Arriola who bust onto the scene last year as a junior.

"He’s putting me in new positions that I haven’t been before so," Arriola said. "I’m getting out of my comfort zone but at the same time, doing what's best for the team."

The Raiders patience is already put to the test as they lost the season and home opener to Imperial 43-0. This week the competition doesn't get any easier as the Brawley Wildcats come to Raider Field looking to end a two game losing streak. 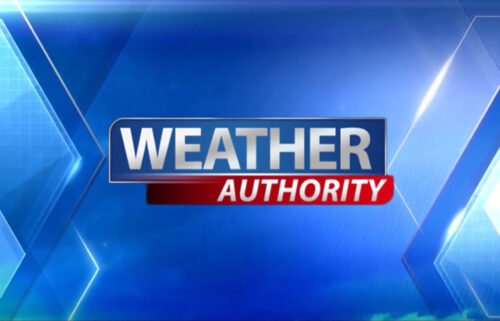