Bodycam captures efforts to get unwanted suspect out of patrol car

DOUGLAS COUNTY, Ga. (KYMA, KECY) - Most suspects can't wait to get out of a police cruiser, but recently an officer in Georgia found herself with the opposite problem.

The deputy was delivering some civil paperwork to a rural property. When she opened the door and got out of her cruiser, a goat jumped in.

Bodycam footage captures her efforts to get the stubborn beast to leave, but apparently it wanted to stay in custody. It's possible it just wanted a snack. The animal munched on everything from paperwork to a notebook.

Eventually, it abandoned its attempts to get booked, and just leaves...maybe it was thirsty after nibbling on all that paper.

The deputy says she often leaves her door open when serving civil papers, because she's had to flee from aggressive dogs on several occasions. She says this is her first encounter with a goat. 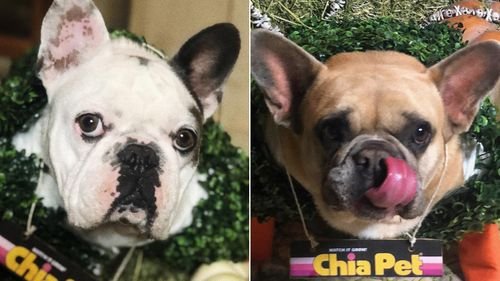