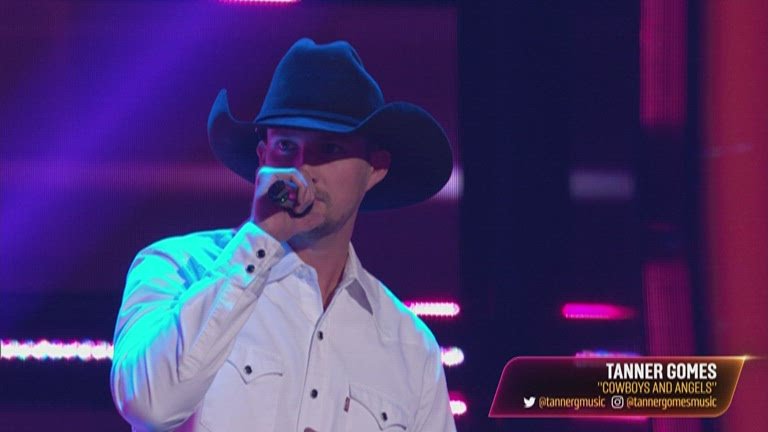 After tonight, the Top 17 contestants will fizzle out to just nine.

Tanner Gomes hit the stage with a lighthearted version of Luke Combs' "Lovin' on You," putting his own spin on it with an unexpected key change toward the end.

His version winning over his coach Kelly Clarkson saying, “I love you so much, that was so good," she added.

Tanner was raised in Yuma and graduated from Cibola High School.

He's currently pursuing his dreams in Nashville, where he lives with his girlfriend, former local TV anchor, Madeline Hunt.

The results were originally postponed from the usual Tuesday reveal to Thursday due to a COVID-related shift in NFL coverage but now are back on for Tuesday evening.

The Voice airs every Monday and Tuesday at 6pm PST/7pm MST on NBC 11.

Tune in to see who makes it through!