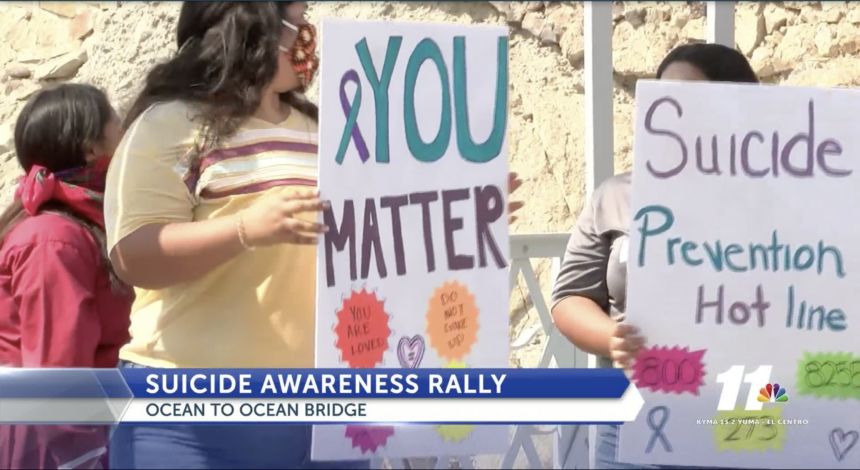 YUMA, Ariz. (KECY, KYMA)- Research shows in 2018 suicide was the second leading cause of death of Americans ages 10-34.

Native communities experience higher rates of suicide compared to all other racial and ethnic groups in the U.S.

Along the bridge connecting Yuma to the Quechan Indian reservation, a group of natives who have all lost loved ones to suicide held an awareness and remembrance rally spreading messages of help, hope, and healing.

Sylvanna Aragon organized the rally. She lost her stepfather to suicide.

Tuesday, Aragon said, “[Ocean to Ocean bridge] is where we native people come. Everybody drives through here every day. People are going to see and know we’re here for them.”

Gerard Andrews lost an uncle to suicide, “We sing not just for ourselves, we sing for everybody, every reservation, not just our reservation. For our loved ones who just couldn’t handle it, we’re still with you.”

The FCC has approved a nationwide, three-digit suicide hotline.