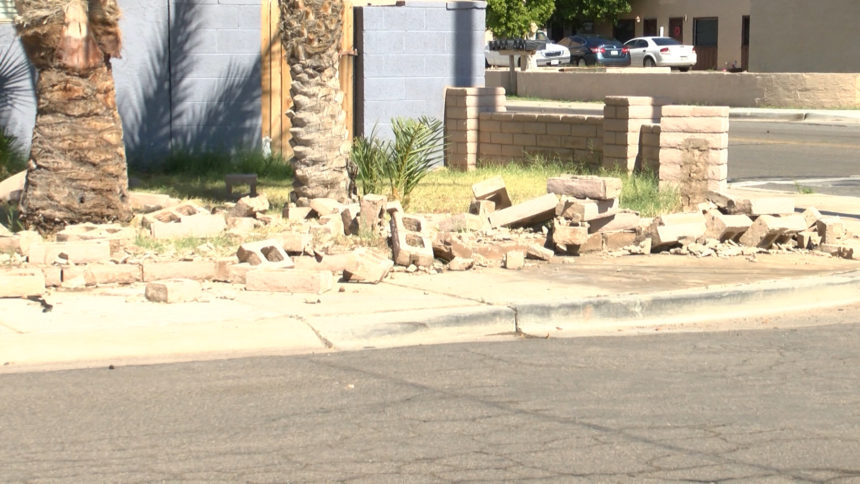 YUMA, Ariz. (KYMA, KECY)- A young man was arrested Saturday after fleeing from police after not stopping for a traffic stop, according to Yuma Police Department.

YPD says the 18-year-old fled from police in the block of S. 1st Avenue and did not stop for the officer, instead, struck a brick wall at 108 W. 23rd Place.

After striking the wall, the driver continued to flee from the police. However, the driver struck another brick wall at 104 W. 22nd Street where the vehicle became undrivable.

Police say the driver was arrested and his passenger was released on scene.