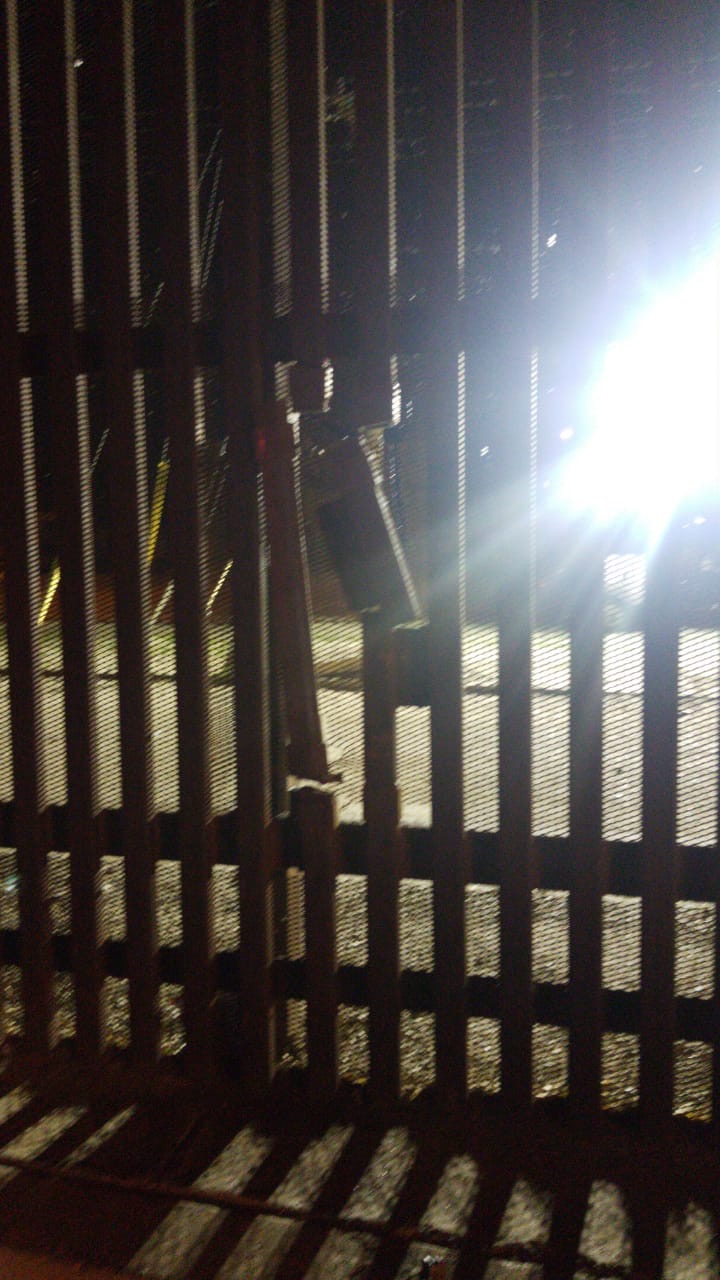 MEXICALI, B.C. (KYMA, KECY)-Two men are arrested Monday morning in Mexicali after being suspected of cutting a portion of the border wall with a chainsaw.

According to Mexican police, both suspects were able to cut two pieces of the metal wall.

The incident happened a mile and a half west from the Downtown Port of Entry in Calexico.

According to police, it was through a 911 call that led to the arrest of the two suspects.

Sergio Ivan, 27, and Hugo Enrique, 33, are the presumed suspects that were caught in the act.

The hole in the border wall is one of many others that are along the old fence.

The suspects were turned over to the Attorney General's Office where they will face charges for federal crimes.