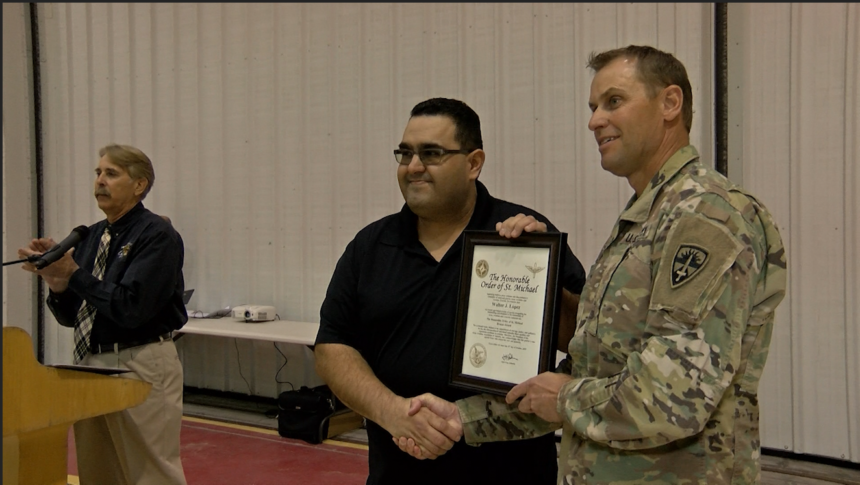 Since 1990, only 11 YPG test officers have been inducted into the Order of Saint Michael

The Honorable Order of Saint Michael award was established in 1990.

In the past 30 years, only a handful of inductees have come from YPG.

When Walter Lopez walked into the aviation hanger Wednesday morning, he assumed it was a normal day of business.

To his surprise, he was being honored for his 15-years of significant contributions to Army aviation.

Lopez says it's a pleasure coming to work everyday knowing what he does supports the Army's soldiers.

“When a soldier comes back and they tell you what we tested is actually functioning and helping them out on their mission, that's what feels great about what we do,” he said.

Patrick Franklin, Flight Services Division Chief at YPG, said, “[Lopez] joins a select clan of folks who were singled out for this honor. That’s kind of gratifying to us to be teammates with him and be able to honor him in this way.”

Lopez added, “Truthfully, YPG, we’re a great family. We work well together and no honor is one man’s only.”

As a brave warrior and protector, Saint Michael is the embodiment of the courage, justice, and excellence of army aviation.