YUMA, Ariz. (KYMA, KECY) - Protests continue in Cuba and it’s hitting close to home for Yumans with ties to the troubled country. Yuma locals are concerned for the people of Cuba as they deal with a shortage of food, medicine, and COVID-19 vaccine.

"I'm speaking to the people in Yuma and to everybody really in general. It's to bring awareness of what is going on in Cuba. What can happen there can happen here," says Cuban native Vivian Blevins.

Blevins left Cuba at the age of 10 but says she remembers the desperate conditions.

She and other locals of Cuban descent are coming together to speak up about the dire need for resources in the poor country.

"What’s happening is so important to me because my mom risked her life in a makeshift boat for freedom and that is exactly what the Cuban people are asking for right now, is freedom," explains the daughter of a Cuban immigrant Ashley Lopez.

While the country has been dealing with difficultly for a long time… things have recently gotten worse.

"It’s the COVID. I think it’s the presidency. I think it’s just a lot of things going on in the world at this point, says Blevins.

Even though we're thousands of miles apart, Blevins and Lopez say there is something that can be done.

Locals are asking for justice for their homeland.

"My grandmother’s the one that sponsored us into the united states and it’s an injustice of what's been going on in Cuba.
Just be aware of what is going on and do your best to help people out, if you can," says Blevins.

Protests are also taking place in Miami and Mexico. Blevins and Lopez say they hope more Yumans speak up for the people of Cuba. 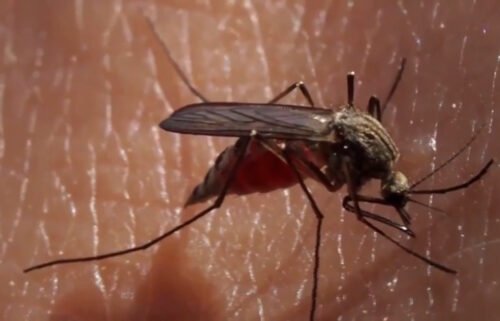