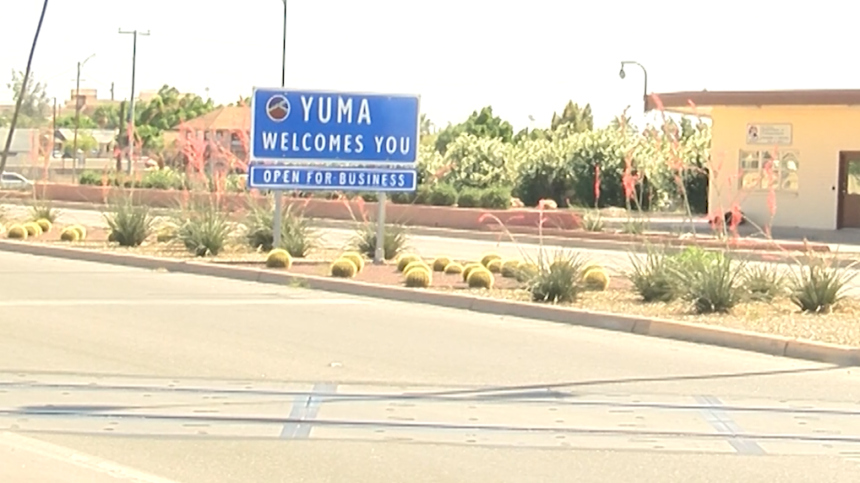 According to the virtual Governor's Conference, direct travel spending in the county has consistently increased for an entire decade now.

Linda Morgan, executive director of Visit Yuma, says she was heartbroken that the pandemic hit just as Yuma was on track for another successful year.

But Morgan is encouraged that hotel occupancy rates have rebounded better than most counties in Arizona.

She said, “I believe the worst that we got was about 64% below the prior year, and that was in April. And we’re already up to about 11% when comparing the prior year."

Morgan added, "We’ve had a couple of days that were actually better than the prior-year for the same day last year so it’s sort of balancing out.”

With Yuma County and Arizona working to get the virus under control, Morgan says it’s important for our community to feel safe about inviting visitors in.

It's also important for visitors to respect safety measures in place to stop the spread.