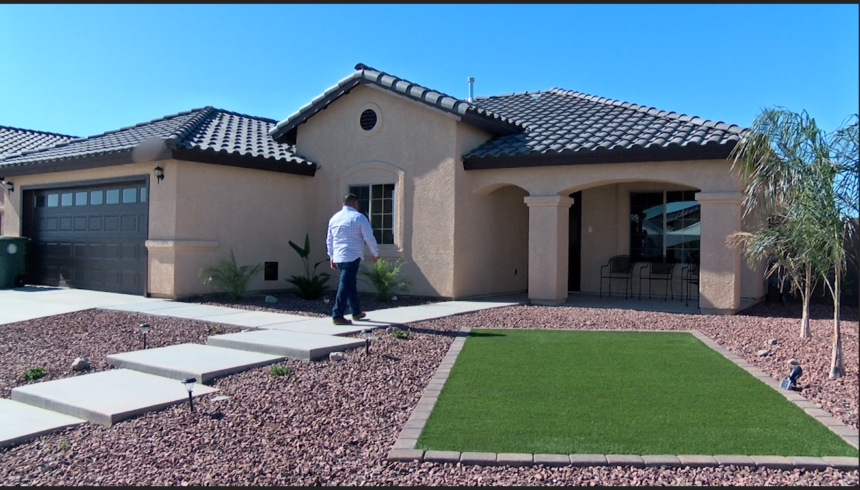 SOMERTON, Ariz. (KYMA) - A new life for Cristina Clark and it's all thanks to the Housing America Corporation.

Its mission is to help low-income families work themselves out of poverty by building wealth and equity specifically through homeownership.

Clark said, “It means the world to me to know that I have my own home.”

A dream house that Clark helped build from the ground up.

For over a year, she and 23 other families contributed to the construction of their homes in the budding Rollow Estates neighborhood of Somerton.

Housing America Executive Director, Thomas Ryan, said, “So its called sweat equity. They contributed to at least 65% of the labor.”

Housing America Corporation partnered up with the United States Department of Agriculture to provide loans for 24 low-income families.

“I think this is the new face of affordable housing because we all deserve a sanitary, safe, decent, place to live and I do not believe just because we’re low income we don’t deserve something like what you see behind me," Ryan told News 11.

Clark said, “I’m very proud of each and every one of them. I’m eternally grateful for their help."

A community they created together and an investment they'll hopefully have forever.

“The fact that I did this for my daughter and for my future. We built a house now it’s time to create a home," Clark shared.

Housing America said this was the largest group they’ve ever had in its Self-Help Program.

The company will continue helping the families maintain their properties and protect their investments.