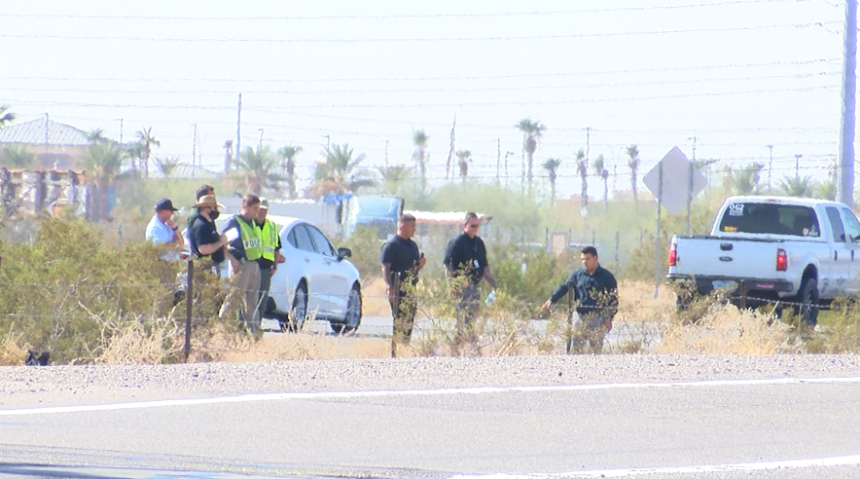 YUMA, Ariz. (KYMA, KECY) - Police continued their investigation Monday, after an officer-involved shooting that sent a suspect to the hospital.

Yuma Police Department (YPD) said the suspect is a 31-year-old man. During the incident, police confirm the suspect had a handgun.

It is unclear how many officers were involved.

However YPD officials said the officers who were involved were uninjured and placed on administrative leave.

YPD said it is protocol for it's officers to be placed on leave when something like this happens. Once the investigation is complete, the officers can return to work.

Investigators were back on the scene early Monday, retracing every step to figure out what happened.

Residents who live near the area told News 11's Crystal Jimenez, the shooting came as a surprise. Many claimed to not have heard anything.

However one viewer on social media stated otherwise, where he wrote, "We live close by, law enforcement commands were followed by a gunshot."

While there is still no information on what led to the shooting, stay with News 11, CBS 13, and KYMA.com for updates as they become available.