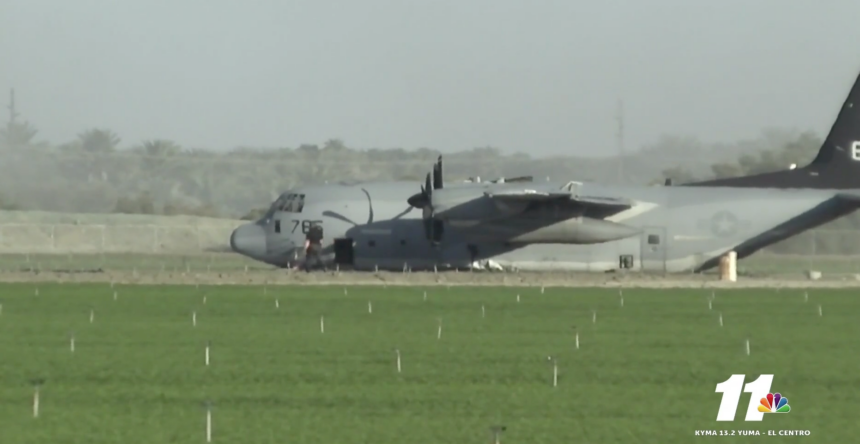 MCAS Yuma says an F-35B fighter jet made contact with a KC-130J while refueling air-to-air.

The eight crew members aboard the tanker weren't hurt. The pilot of the fighter jet ejected safely. Doctors are treating his injuries.

The cargo plane made an emergency landing in a field in Thermal. It lost two of its propellers. We received reports of a fuel leak from one of its wings.

The F-35B crashed in the desert west of the Salton Sea. The Marine Corps set up a one-mile perimeter around the wreckage.

The KC-130J is an extended-range air tanker. It's the largest aircraft flown by the Marine Corps

The official cause of the crash remains under investigation.