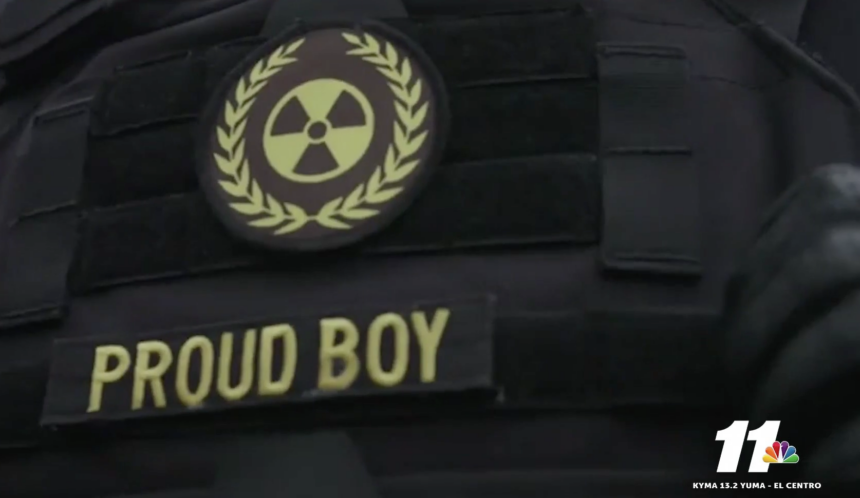 PORTLAND, Ore. (KYMA, KECY)- President Trump refused to condemn White supremacists during the presidential debate for inciting violence at anti-police brutality demonstrations across the US.

"Stand back and stand by," he said when addressing the Proud Boys, a far-right collective that the Southern Poverty Law Center says is a hate group.

Members of the far-right Proud Boys -- some carrying firearms and wearing body armor -- massed at a rally on Saturday in Portland, Oregon, as counter rallies unfolded nearby and officials in the tense city braced for violence.

At least three people were arrested after nearly 1,500 people gathered at two of three rallies, according to the Multnomah County Sheriff's Office.

Some rally goers carried baseball bats. Others held President Trump campaign signs. Protective shields were handed out from a van.

"We are aware that shields are being displayed at both event locations," the sheriff's office said via Twitter.

"We want everyone to be safe, so we will seize weapons and shields as can be done safely and as resources allow."

The Delta Park rally unfolded near two other events, one by an anti-fascist group commonly referred to Antifa at Peninsula Park, and one by Black Lives Matter supporters at Historic Vanport, KOIN reported.