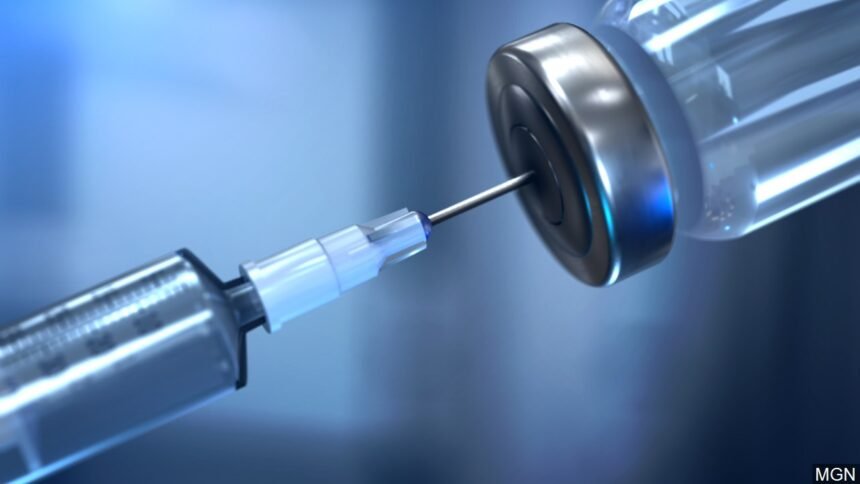 WASHINGTON – Just over two in five Arizona adults got a flu shot last year, a number state officials are desperate to improve on before the onset of both influenza and the ongoing COVID-19 pandemic this fall.

State officials late last month announced plans to increase Medicaid funding for flu shots, let some pharmacists administer the shots and make them available along with COVID-19 testing in an effort to head off a surge on hospitalizations from one or both of the viruses.

“The purpose for having a concerted effort to get people vaccinated is to ensure that we don’t run into a situation like July where we were over capacity in our hospital system,” said Will Humble, executive director for the Arizona Public Health Association.

That was echoed by Holly Ward, spokesperson for the Arizona Hospitals Association, who said officials “are encouraging folks to get the flu shot to try to prevent any surge on our hospital facilities.”

But fewer than half of the adult population nationally was vaccinated during the 2018-2019 flu season, and Arizona’s numbers were even lower during that period, the latest for which numbers are available. Centers for Disease Control and Prevention data show that 45.3% of U.S. adults age 18 and up got flu shots during the 2018-2019 season, compared to just 42.6% for Arizona adults.

“It’s difficult to tell what the response will be each year” to the call for people to get vaccinated, said Dr. Daniel Derksen, director of the University of Arizona Center for Rural Health. “You want to protect those vulnerable populations.”

The CDC also estimated that as many as 740,000 hospitalizations nationwide from last October to this April may have been for influenza and pneumonia patients. In Arizona, 10% of hospital visits were due to “influenza-like illness” during the peak of the 2019-2020 flu season, according to a report by the Arizona Department of Health Services.

Dr. Cara Christ, the department’s director, cited the possibility of a surge in hospitalizations when she joined Gov. Doug Ducey on Aug. 31 to announce plans to combat flu season during the lingering COVID-19 pandemic, what Ducey called a potential “perfect storm” of health problems.

Under the plan, the state will increase payments by the Arizona Health Care Cost Containment System – the state’s Medicaid program – to health care providers who offer flu shots to Medicaid recipients. It will also let certified pharmacists give flu shots to children covered by AHCCCS, offer a $10 gift card to recipients who get a flu shot, and make the vaccinations available at COVID-19 testing sites.

Humble said that state lawmakers have pushed in recent years “to expand the scope of practice for pharmacists so that they can provide vaccines.”

“That opens up a lot of possibilities for people so that they can get their influenza vaccine at CVS or Walgreens,” he said. “Increasing the number of access points is the key to make it easier and more convenient.”

“There’s 20 to 30,000 Americans that die each year from influenza infections. Especially those who are vulnerable,” Derksen said. “We certainly don’t want to have our inpatient beds and ICU beds exceed capacity as we had a few weeks ago with COVID-19, that combination of COVID-19 and hospitalizations for severe infections with influenza, overwhelming our capacity to take care of people.”

He said getting the flu vaccine is more important than ever because of similarities between influenza and COVID-19.

Humble said a person could, theoretically, contract the flu and COVID-19 at the same time. Not only do they have similar symptoms, they also have similar mitigation strategies.

“Both of them are respiratory viruses that have an effect on the lungs, can cause difficulty breathing,” Humble said. “Obviously, they’re different viruses but they both attack the respiratory system. One of the good things about the face-covering requirements, above and beyond slowing the spread of COVID-19 is that it works on influenza as well.”

Derksen said the threat is particularly serious for some minorities, rural residents, lower-income people and people with chronic underlying conditions.

“For Arizona, those populations disproportionately affected by COVID-19 infection, their likelihood of being hospitalized, their risk of having moderate to severe infections requiring hospitalization and even intensive care unit, may even get up to morbidity and mortality,” he said. “So, we expect that with influenza season coming, these are the very same populations that seem to … have a higher risk of morbidity and mortality and complications of COVID-19 infection and complications of really heavy influenza or flu cases.”

The CDC lists pregnant women, Native Americans, people in long-term care facilities and children younger than 5 as high-risk for the flu, along with seniors older than 65 years and people with chronic health conditions.

But Ward said everyone should get vaccinated.

“We know COVID is here and we do not have a vaccine for it yet, however we do know that we see an increase in hospitalizations when flu season arrives,” she said. “So we are encouraging people to get that flu vaccine to reduce their risk of catching flu, and therefore staying healthy and out of the hospital.”