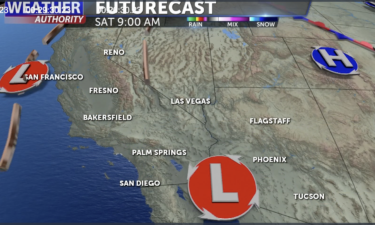 Expect the mercury to stay above average for the…

29 counts thrown out on procedural grounds

LOS ANGELES, Calif. (KYMA, KECY) - A California appeals court has dismissed the sexual abuse charges faced by the leader of a Mexican megachurch.

García was arrested in June on 29 criminal charges, including child rape, child pornography, and human trafficking. He's been in custody ever since.

The case against the evangelical leader began in February, when a Southern California woman filed a federal lawsuit against the church and Garcia. The suit claims Garcia and his father began sexually abusing the woman when she was 12. It also says the abuse continued for the next 18-years.

That case is still ongoing, but it appears the criminal case is done. On Tuesday, an appeals court dismissed all criminal charges against Garcia, saying his preliminary hearing was not held in a timely manner. The court said, since he did not waive his right to the hearing, the complaint against him must be dismissed.

The California Attorney General's Office says it's still reviewing the court's ruling. Garcia's attorney says his client is "thrilled" with the decision.

It's unclear when Garcia will be released. Also unclear, the status of the cases against his four co-defendants.