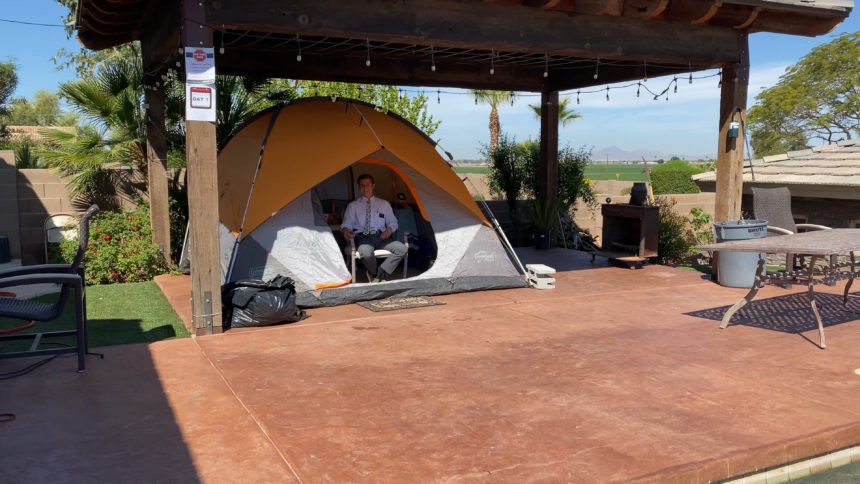 Elder Sean Lines is back in his Yuma backyard self-quarantining for the next two weeks.

It was a challenge for him and his family members to not embrace each other when he arrived at the airport, but he is keeping his spirits high.

"Talking to family, that's going to be really big support for me, but at least we know it's not permanent," said Lines.

He rode home in the back of his father's truck and headed straight to his tent in the backyard.

His missionary work in Africa was cut short six and a half months into what he thought would be two years.

“My first thought was it might be difficult for us to travel back or adjust back to non-missionary work. We were assured we would be reassigned,” said Lines.

Getting him home was a bit of a challenge for his parents Rosalie and Jonathan Lines, but with some help from local Congressmen, they were able to make sure their son returned home.

Luckily they now have their son close enough to know he is safe and healthy during the pandemic.

Ciara Encinas has the full story at 5 p.m. on KYMA.