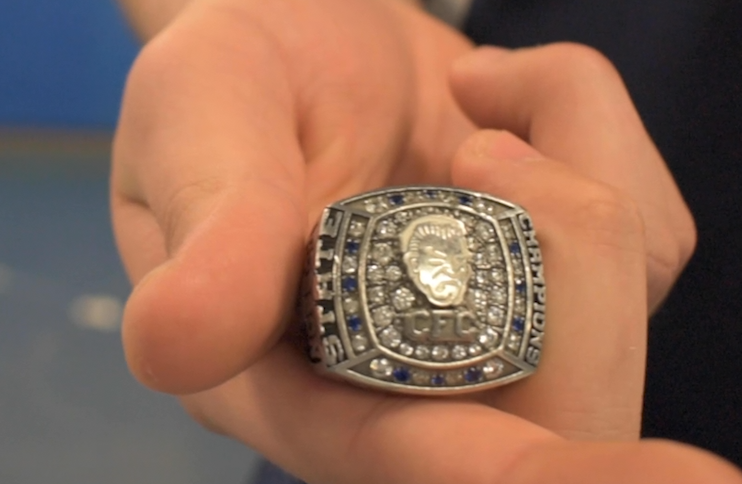 YUMA, Ariz. (KYMA, KECY) - For the second time in two-years, the Yuma high wrestling team has taken the state title but the team is grappling with a problem.

The team needs nearly $7 thousand to make sure the 22 wrestlers who made Yuma proud can get their championship rings. It's a promise Coach Jeff Welsing made to the north side students.

“That’s something I wanted to bring these kids here on the north side of town because you know they don’t have a lot,” said Welsing.

The success was pinned by Jacob Navarro who couldn’t believe the news.

“I didn’t think it was true. I thought he was just messing around with me and telling jokes,” explained Navarro.

A moment that many didn’t think the criminals would clinch.

“People were doubting us the whole year,” said Coach Welsing.
But Yuma High junior Jayden Dobson.
"We rallied through and we got it,” said Dobson.

Dobson was a vital part of the team’s big win and ended his season with a perfect score. He took him the State title for his weight class.

“This year I pinned my way through the state tournaments. So we had four matches and I pinned everyone,” said Dobson.

“There’s a lot of hard work and dedication that was going towards this. It feels great to have this on us because every individual person worked for this,” explained Dobson.

Now the team is trying on rings for size and hoping the community will help them wear them around the school.

Hopefully pushing more students to hit the mat and find the motivation to fight for more.

“They can wear it to school and have other kids say well how can I get one of those and maybe that will increase participation,” said Welsing.

That is something Carvajal is hoping for.

“I really hope that a lot more girls will come and join. We need more girls,” said Carvajal.

If you would like to donate to Criminals Wrestling you can contact Jeff Welsing at (928) 580-7823 or jwelsing@yumaunion.org.