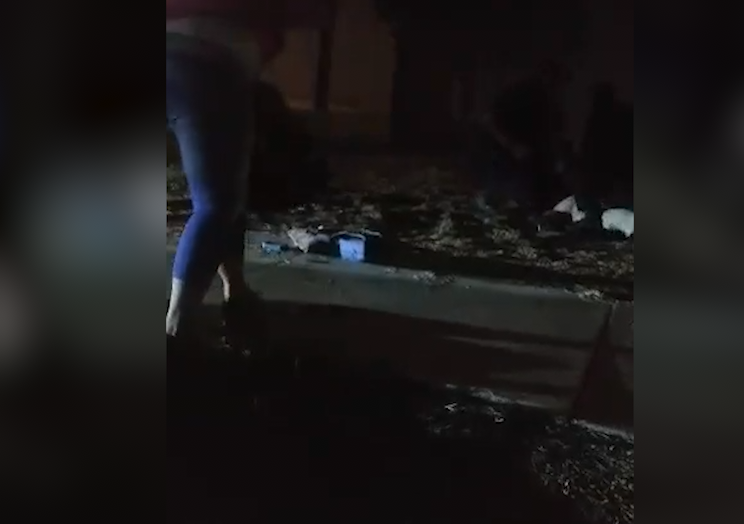 Angelica Campuzano said she does not remember most of the physical run-in with officers but claimed she didn't fight back.

Campuzano said officers approached her and her boyfriend, Alexandro Lopez, because there was a warrant out for his arrest.

The warrant was for a probation violation, according to arrest records.

She also disclosed her boyfriend ran from police days before they tracked him down during this incident.

"The last thing I remember is that they charged towards us and I remember falling, falling down. I don’t remember if I was trying to pick myself up when I felt pulled from my hair," said Campuzano. "I felt like pressure on my legs pulling back.”

Yuma Police explained when one of their officers is being attacked or assaulted then the appropriate use of force can and will be used in order for their officers to remain safe.

At this time, YPD said the struggle is under investigation.

Campuzano and a witness claim there was a taser used but police have not yet confirmed if they used one.

Campuzano explained her boyfriend had to undergo surgery after the struggle. She walked away with noticeable bruising on her face.

Campuzano and Lopez were both booked into the Yuma County Adult Detention Center. Lopez is still behind bars.

It's unknown whether the officer(s) involved were injured.

Yuma Police said the next steps include documentation, which is what is underway now.

Campuzano showed News 11 the report she was filing with YPD on Thursday.

At this time, no officer is on administrative leave in regards to the altercation.

Tune in to Nightside to hear from Yuma Police.