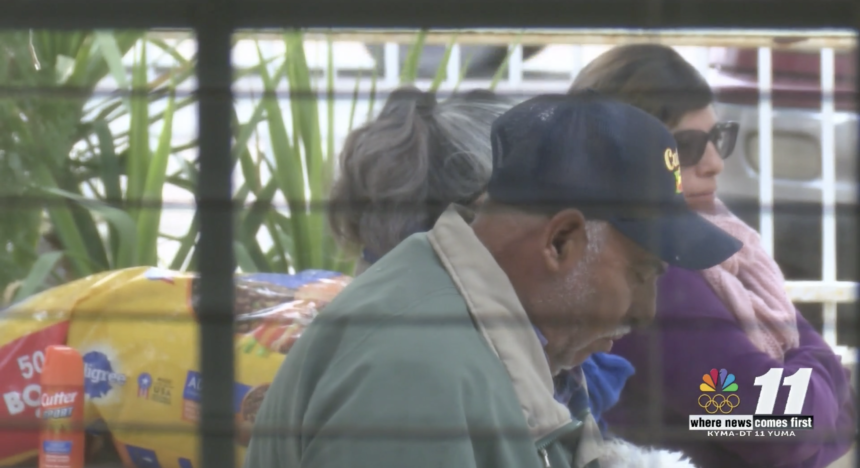 NILAND, CA (KYMA) - The U.S. Marshals Service is responsible for arresting over 120,000 fugitives a year who are on the run from federal as well as local law enforcement agencies.

However, a recent operation in the Imperial Valley didn’t go as planned, leaving the homeowners on edge.

A family who's lived at their home in Niland for 11-years feels unsafe and violated after they say the U.S. Marshals intruded on their home without any decency or respect for their rights.

December 18th at 6:40 am was the moment the Chavez household was riddled with fear.

66-year-old Alicia Chavez said she was sleeping and heard a knocking on her front window.

“My husband also woke up still with his pants in hand and he asked what happened and then they pointed a gun at him," Alicia said.

Her 27-year-old son, Jonathon Chavez, was awakened to the sound of his diabetic mother screaming for help and the sight of a gun pointed to his window.

Jonathon said, “Once I got out of bed there was a gun to my head. [The officer] said hey come out the house don’t grab anything."

The family says marshals were looking for a man by the name of Juan Tellez and believed Jonathon was him.

A man the family claims they have no connection to and was certain the U.S. Marshals made an error.

"That’s when they grabbed both of my arms and tried to pull me out of the door…My parents were like no you’re not taking our son,” Jonathon remembered.

His mother added, “You know as a mother or as a father you give anything to protect your child, even your life."

On December 18th, the family's Niland address appeared on a list as part of a U.S. Marshals led operation conducted in Imperial Valley.

Operation Valley Grinch was a two-day sweep through Slab City and Niland, on the hunt for violent offenders.

But the fugitive officers say they were looking for, turned out did not live at Chavez's address.

Jonathon claims no one ever asked for any identification to verify his identity.

“I had to ask four times before I even got anything. They didn’t want to give me anything, I feel like they gave me a fake name, fake badge number, and [officers] just ended up leaving," Jonathon said.

The family also claims the marshals damaged their front window, estimating the repair to cost nearly $600.

But most of all, the family is left emotionally traumatized, reconsidering their trust in the law and justice.

“I see all these videos online about innocent people getting killed and shot. That's what was going through my head. This may be it for me,” Jonathon expressed.

Esther said she and her family feel unsafe.

“You can't count on justice. They go after the wrong people. They’re not looking for who is the criminal anymore. That's how I feel. Unsafe."

He confirmed the fugitives officers were looking for as part of Operation Valley Grinch all had valid arrest warrants.

However, he claims addresses in Slab City and Niland are difficult to verify.

The Chavez family was instructed to file a tort claim with the U.S. Marshals' headquarters for the damage done to their property.

They will be moving forward with the claim as well as taking legal action.