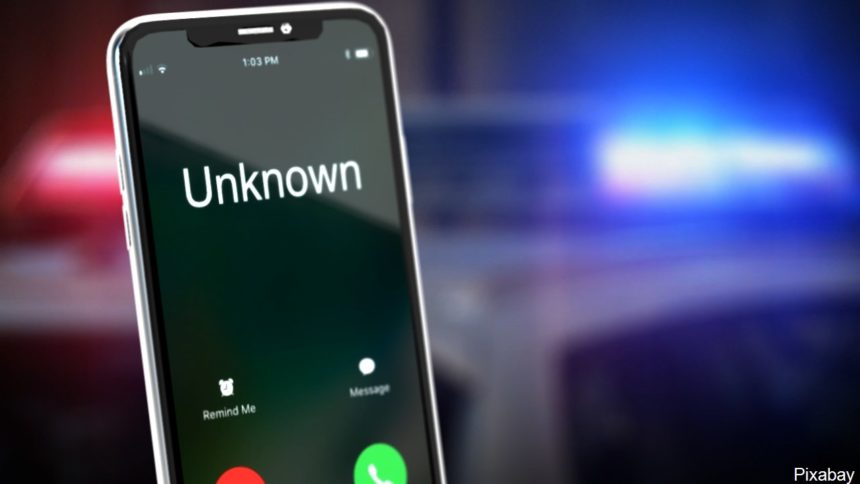 YCSO said recent phone scams involve individuals to be threatened, kidnapped, and even kill the victim or the family member of the victim unless they wire money to them.

According to YCSO, the suspect on the phone is identified as a man with a Spanish accident and claims to be part of the cartel.

YCSO would like to remind the community that if you receive a threatening phone call to contact your local law enforcement agency.

Other ongoing phone scams that occur in Yuma County:

Warrant scam: You get a phone call from someone posing as a law enforcement officer who claims you have an outstanding warrant.  The suspect instructs you to send a gift card to an address or wire funds to them to clear the warrant.

Grandparent scam: You get a phone call from someone posing as a grandchild who is supposedly out of town and in a desperate situation. They could claim to be locked in jail, have had a car accident or are in need of medical treatment. They'll want money wired to them.

Jury duty scam: This time the call is supposedly from someone at the courthouse who claims you failed to report for jury duty and a warrant has been issued for your arrest. You're then offered a choice to either pay for the warrant or have an officer sent over to arrest you. The fraudsters will typically demand that the money be paid by money transfer or by loading a prepaid card. They have been known to use actual names of local Officers and Judges in the scam to make it seem legitimate. Scammers have gone as far as using devices that allow them to display local law enforcement phone numbers on your caller ID.

Lottery scam: While the other scams prey on fear and concern, this one aims to convince you that you've won money in a foreign lottery. Never mind that you can't recall ever entering one. The call will come from someone who sounds official. They'll ask for a payment up-front for supposed taxes and fees so you can collect your winnings.

IRS scam: This scam is quite similar to the jury duty scam, but takes advantage of most Americans' inherent fear of the Internal Revenue Service. The phone call purports to be from the police or an IRS agent who is demanding payment for overdue taxes. If they're not settled immediately, the call claims, you'll be arrested. They'll want the money either wired or put on a prepaid card.

Utility scam: This is another fear-based scam that involves convincing you that the utility company is about to cut off service due to unpaid bills. The scammers will naturally want the money sent to them by money transfer or a prepaid card.