YUMA, Ariz. ( KYMA, KECY-TV ) - Sisters Hanah and Molly Sims love sports. Both played high school basketball for Gila Ridge. Molly just finished her senior year with the Hawks and Hanah just finished her final year at Arizona Western playing on the hardwood for the Matadors. On Tuesday at the Gila Ridge track, the sisters signed their letters of intent to Trevecca Nazarene University in Nashville, Tennessee, they both will be part of the track team.

"For me, playing basketball at the JUCO level, I had honestly no idea I would come back to track," Hanah said. "It's kind of weird not doing track for two years then coming back and doing it. I had the amazing opportunity to come back and volunteer coach this season here for Gila Ridge, I think that showed me how much I love track and how much I miss it."

In high school, Hanah competed in jumps and also through the javelin. In college, her coaches have some other plans for her.

"The head coach mentioned that I might be doing the heptathlon," Hanah said. "Which is a combination of running, jumping and throwing."

"Hanah is super dedicated not only to the sports but to the program," Gila Ridge track coach Jessica Slaughter said. "Couldn't ask for a better assistant coach to come in and mentor these young kids. I'm looking forward to seeing her results in college."

For Molly, this year she qualified for the state meet. Her strong season gave her aspirations of walking on at the University of Arizona.

"Once Hanah got her opportunity with Trevecca, I was introduced to that school and the coach was awesome," Molly said. "So we decided that that would be the right place for us. I've talked to the coach and it looks like I'll try different throwing there."

For Gila Ridge, Molly will compete later this week at the state competition.

"Molly was one of the first athletes to throw a javelin for us when the state of Arizona re-introduced it," Slaughter said. "She picked it up really fast, she's a great athlete in multiple events."

The sisters will attend the same university together, Hanah is older by two years and will be able to show Molly some of the ropes when it comes to campus life. The girls also plan to dorm together which they say won't be a problem. They'll be on the same team but compete in different events. Hanah plans to major in criminal justice and Molly has her eyes on business and marketing. 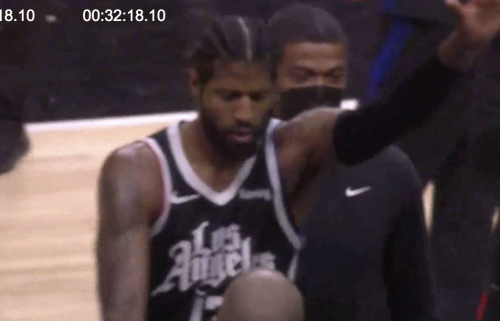