The Supreme Court is poised on Tuesday to hear a case that supporters of voting rights fear will lead the court’s new conservative majority to weaken a key provision of the Voting Rights Act that prohibits laws that result in racial discrimination.

The dispute comes in the aftermath of a contentious election which prompted former President Donald Trump to make unfounded claims of voter fraud and inspired his supporters to storm the US Capitol in an attempt to overturn the election.

Republican state legislators across the country are also moving at a fast clip to pass laws to restrict voting access. According to the Brennan Center for Justice, as of February 19, state lawmakers have carried over or introduced 253 bills with provisions that restrict voting access in 43 states.

Eight years ago, Chief Justice John Roberts wrote the 5-4 majority opinion in Shelby County v. Holder, effectively gutting Section 5 of the Voting Rights Act, a provision that required states with a history of discrimination to obtain the permission of the federal government or the courts before enacting new laws related to voting.

Since that decision, challengers to voting restrictions have increasingly turned to Section 2 of the law, that holds that no voting regulation can be imposed that “results in a denial or abridgement of the right of any citizen of the United States to vote on account of race or color.” (Unlike a challenge brought under Section 5, a Section 2 challenge occurs after the voting rule is in place.)

Now the court, with its strong 6-3 conservative-liberal majority, will consider the standards courts will use to determine if a rule violates Section 2.

Brnovich v. DNC concerns a challenge brought by the Democratic National Committee against two provisions of an Arizona law. The first is a requirement that in-person Election Day voters cast their votes in their assigned precinct. Another concerns the so called “ballot-collection law” that permits only certain persons — family, caregivers, mail carriers and elections officials — to handle another person’s completed ballot.

While several states have versions of both laws, they function differently from state to state. Arizona, for instance, has one of the most strict “out of precinct” regulations and it has a significant Native American population living on rural reservations without traditional mailing addresses and limited access to mail.

“For that reason, they are more likely to rely on ballot collection to turn in their mail in ballots,” said Sean Morales-Doyle of the Brennan Center for Justice.

Arizona Attorney General Mark Brnovich, a Republican, and the Arizona Republican Party, appealed the case to the Supreme Court, defending the laws as “commonplace election administration provisions” used by Arizona and “dozens of states.”

The provisions “help to ensure the smooth operation of elections and to safeguard the integrity of the process,” said Jason Snead of the Honest Elections Project, a group that filed a brief in support of Arizona.

Trump’s acting solicitor general, Jeff Wall, backed Arizona in December, arguing that the state allows eligible voters to cast ballots in “a variety of ways.” Wall said that to violate Section 2 a plaintiff has to show that members of one racial group are “less able” than others to vote.

“A rule that leaves all voters readily able to vote and simply eliminates a method some prefer does not abridge anyone’s ability to vote and keeps the voting process equally open,” Wall wrote.

Marc Elias, a lawyer for the DNC who handled dozens of cases fighting efforts to block the counting of votes and switching Electoral College votes in the aftermath of the 2020 presidential election, responded that Supreme Court precedents and the law “compelled the lower court to conclude that Arizona’s wholesale rejection of ballots cast out-of-precinct and its criminalization of ballot collection violated Voting Rights Act.”

When the legislature considered the laws, the record was “devoid of any evidence that fraud had in fact occurred,” Elias said.

Subtle change from the Biden DOJ

President Joe Biden’s Justice Department has also weighed in with a letter to the court, departing from the position taken by the DNC and agreeing with the Trump administration that the Arizona laws didn’t violate Section 2.

However, the Biden DOJ made clear it didn’t agree with the reasoning behind the Trump administration’s brief. That could be key. It would mean that the DNC could lose the case at hand, but prevail in a cascade of similar cases that could reach the court in the coming years.

“Under the Trump administration, the DOJ’s brief suggested a sizable change to existing law that would do real damage to the Voting Rights Act,” Justin Levitt, a voting law expert at Loyola Law School, said in an interview. He said that the fact that the Biden and the DNC don’t fully agree should be seen as a good sign.

“That shows a welcome return to normal standards at DOJ, where high-profile cases once again follow the best view of the law — even when it means that the President’s party loses an election case,” Levitt said.

RELATED: Republican legislators around the country seek to strip governors and officials of emergency election powers

The court is hearing Brnovich v. DNC concurrently with a related case, Arizona Republican Party v. DNC. Oral arguments will be held by telephone, as the court has for nearly a year now due to the coronavirus pandemic. That means not all of the justices will see the stark fencing surrounding the US Capitol, site of the Trump-inspired riot in January.

“I think an insurrection that looks like it was led by White nationalists and other extreme groups, that was aimed at stopping the election, should serve as a stark reminder both as to why we still need protections and why we still need to be worried about the role that race plays in our democracy,” Morales-Doyle said. 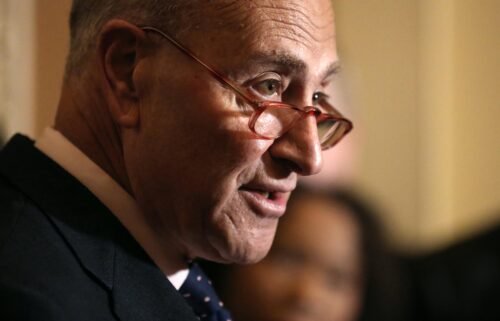