As President Joe Biden was ticking through a litany of grievances with his Russian counterpart on Tuesday, it wasn’t only his tone that made for a departure from his predecessor.

Even his location marked a major difference: Instead of speaking with foreign leaders this week from his third-floor private residence, as President Donald Trump often did to avoid prying ears, Biden made the call from the Oval Office, talking points in hand and advisers listening in.

Entering a global scene upended by ego-driven tumult, Biden is hoping to return American diplomacy to a state of normalcy. His conversations with roughly a half-dozen leaders this week have hewed heavily toward amiable chats after four years of strain, with touchier topics left for later. French President Emmanuel Macron eschewed his translator to speak in English. German Chancellor Angela Merkel offered a quick invitation for a visit before she retires in the fall.

Even Biden’s one interaction with a global adversary, Russian President Vladimir Putin, appeared predictable and businesslike, according to those briefed on it, unlike the often-surprising and sometimes secret conversations Trump carried out with the same person over the past four years.

Putin himself seemed to fully anticipate the onslaught, according to a senior administration official, including Biden’s warning that new sanctions may be in the offing.

“He knew exactly what was coming,” the official said of Putin’s reaction to Biden’s laundry list of contentious issues, from hacking to Ukraine to the poisoning of opposition leader Alexey Navalny, whose release from detention Biden demanded.

Biden’s call with Putin was kept buttoned-up before, during and after it happened, with security and preparation measures harkening back to the pre-Trump era, according to officials. The President’s tough talk on a range of issues signaled the abrupt readoption of long-standing US policies had fallen fell by the wayside over the past four years.

It also hinted at a renewed emphasis on protocol in the early days of the Biden administration, an extension of his concerted effort to restore a sense of normalcy to the presidency.

Working from a playbook

Each of Biden’s calls with world leaders this week has hewed to the same plan, according to officials familiar with the calls who described them to CNN. Unlike his predecessor, virtually all of Biden’s calls have happened in the Oval Office. Trump liked to phone his counterparts from the Treaty Room of the residence, with only one or two senior aides in attendance as others were patched in from the Situation Room or sensitive facilities.

For Biden, there were briefing binders and talking points, calls-before-the-call and a note-taker standing ready. When the prescribed hour arrived and the line was connected, an operator in the White House Situation Room patched it through to the Oval Office. A red light started to blink on one of the two black telephones positioned on the Resolute Desk. An aide tapped it and announced: “You are now on speakerphone with President Biden.”

Sitting in the Oval Office with a black pen in hand and a carefully crafted script in front of him, Biden has mostly been calling just to break the ice. His talks have so far lacked the freewheeling banter and open hostility that became a hallmark of Trump’s early calls with foreign leaders — and in the past colored some of Biden’s own interactions with his international interlocutors.

While Trump restricted the number of officials allowed to listen in on his phone calls, Biden has not, a person familiar with the process said. Aides with specific expertise in the countries or officials focused on an issue set being discussed on the call listened in or were provided with transcripts following the calls. These officials are empowered to do their jobs as usual, the person told CNN.

The return to a relatively predictable manner of interacting with foreign leaders comes as a relief to officials across the government, some of whom viewed Trump’s unpredictable encounters with heads of state a potential national security threat.

When he did place calls from the West Wing during the earliest days of his presidency, Trump was often surrounded by political advisers such as Steve Bannon. A now-infamous photo of his first phone call with Putin showed Bannon along with chief of staff Reince Priebus, Vice President Mike Pence, press secretary Sean Spicer and national security adviser Michael Flynn huddled around Trump’s desk, littered with papers and folders and a glass of Diet Coke.

With Putin and most other leaders, Trump discarded the talking points that had been planned for him by officials, choosing instead to let the conversation go wherever he happened to take it. At the end of his administration, he sharply limited access to transcripts of his phone calls after the contents of his July 2019 conversation with Ukraine’s President prompted his first impeachment proceedings.

At least for now, Biden is adopting an entirely different approach.

“What the President does is tightly integrated with his team and with the intentions and strategies of the US government,” Alterman said. “And President Trump was not a fan of that system.”

That is not to say Biden won’t surprise his team with frank or candid remarks to counterparts down the road. During a lengthy career as chairman of the Senate Foreign Relations Committee and later as vice president, Biden often made unguarded observations to foreign leaders, including when he told Putin in 2011 that he didn’t believe the Russian leader had a soul.

Biden has demonstrated a preference for developing personal relationships with leaders rather than learning about them from a stack of briefing books. As vice president, he teased President Barack Obama — who was hesitant to develop close friendships with many foreign leaders — for viewing international relations through an impersonal lens.

“You’ve got to know the other man or woman’s soul, and who they are, and make sure they know you,” he once said he told Obama.

He has befuddled some leaders with citations from Irish poetry that lost their meaning when passed through a translator. And he has offered blunt assessments of American policy that haven’t always been received well in foreign capitals, such as when he told Afghanistan’s President in 2009 that Pakistan was “50 times more important” to the United States than his country.

But at least in his opening days as President, Biden has sought to instill a dose of normality to his outreach with foreign leaders.

Even Biden’s conversation with Putin on Tuesday seemed by the book, despite the litany of sticking points between Washington and Moscow that administration officials say he raised. While the topics were decidedly unfriendly, the tone was businesslike, according to one person familiar with the call. The two men agreed to quickly re-up the New START nuclear treaty, a sign of emergent diplomacy even amid the strife. They did not speak for very long.

The call was designed “to establish some basic policy views early on,” according to one administration official, who spoke on the condition of anonymity to describe the conversation.

Tuesday’s call came at Moscow’s request, according to a person familiar with the matter, who said Biden wanted to confer with leaders in Europe and his advisers before getting on the phone with Putin. The Kremlin requested the call shortly after Biden took office last week, which is standard for foreign leaders who are hoping to speak with the new president.

So preordained was the trajectory of Biden’s call that Jen Psaki, the White House press secretary, already had a list of expected topics at hand when questioned about the call during her briefing on Tuesday, even though it had only just concluded.

That is in sharp contrast to Trump, who often entered his calls having not prepared or rushed his team through preliminary briefings. Even shortened lists of talking points, condensed to one page of bullet points, were frequently discarded, included when Trump ignored all-caps advice written by his advisers to “DO NOT CONGRATULATE” Putin on winning his 2018 election.

Trump also seemed “confused” over the status of Crimea and other issues related to Russia, one official said, explaining Biden’s goal in speaking with Putin as “let’s clear things up early on so there isn’t any mixed messages floating around out there — not that Putin believes otherwise.”

Putin’s phone call purposely followed a conversation the same day between Biden and the NATO secretary-general, which the White House recorded and posted clips of online. In it, Biden is seen voicing ardent support for the defense bloc, which Trump was reluctant to do because he believed other countries weren’t paying their fair share.

First round of calls

Biden has been speaking to one or two leaders per day since last Friday, moving eastward around the globe for mostly friendly conversations. He and Canadian Prime Minister Justin Trudeau wasted little time discussing the contested Keystone XL pipeline, though did not dwell on that rare area of disagreement.

Biden didn’t broach the subject of Trump’s border wall with Mexican President Andrés Manuel López Obrador, according to readouts and people familiar with the call. Instead, the men wanted to discuss some broader issues and decided to save the hot-button subject for a later date.

Some French officials had wondered whether Biden would break tradition and call Macron before speaking with his British counterpart, Boris Johnson, perhaps signaling solidarity with the post-Brexit European Union.

But Biden stuck to the standard order instead, speaking first with the Prime Minister and then with Macron and Merkel, indicating a steadfast view on US-UK relations.

On Wednesday, Biden spoke with Japan’s Prime Minister and is expected to speak shortly with South Korea’s President. It remains to be seen when he will call China’s Xi Jinping, a consequential conversation that Biden aides have been anticipating for several weeks. 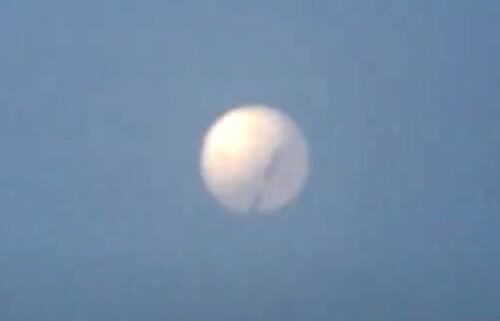