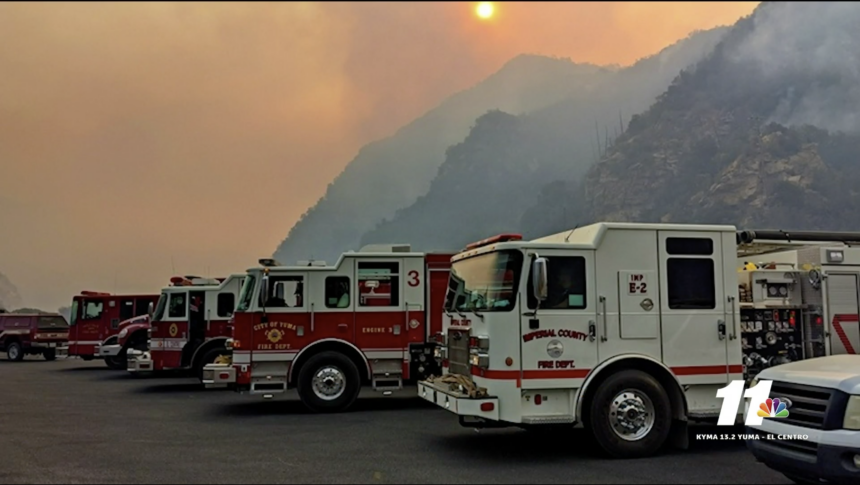 YUMA, Ariz. (KYMA, KECY)- There are 19,000 firefighters battling dozens of fires across California, including a few of our very own from the Desert Southwest.

The Imperial Valley task force made up of fire units from Calexico, El Centro, Imperial County, and Yuma activated a strike team earlier this month, traveling more than 200 miles north to the El Dorado fire near Yucaipa, California.

Our local team was one of the first fire units on the ground to begin containment and structure protection.

After a week, the strike team trekked another 300 miles north where the Creek fire near Fresno was only 15% contained.

Capt. John Dunbar with the City of Yuma Fire Department (YFD) said, “The Yucaipa fire, I think there were a little more concerns because it spread so rapidly. At least that’s what I was getting from the residents."

He added, "Their main concerns were what’s going on with my property? My residence…is my house and are my neighbors ok?"

Capt. Dunbar confirmed the strike team's help was needed for help and said "I think for us [firefighters] it was nice that we were able to do a different part of our job and training.”

This was his first strike team deployment in 7 years with YFD.

As of Wednesday, Cal Fire reports the Creek fire is 32% contained, while the El Dorado fire is almost 70% contained.