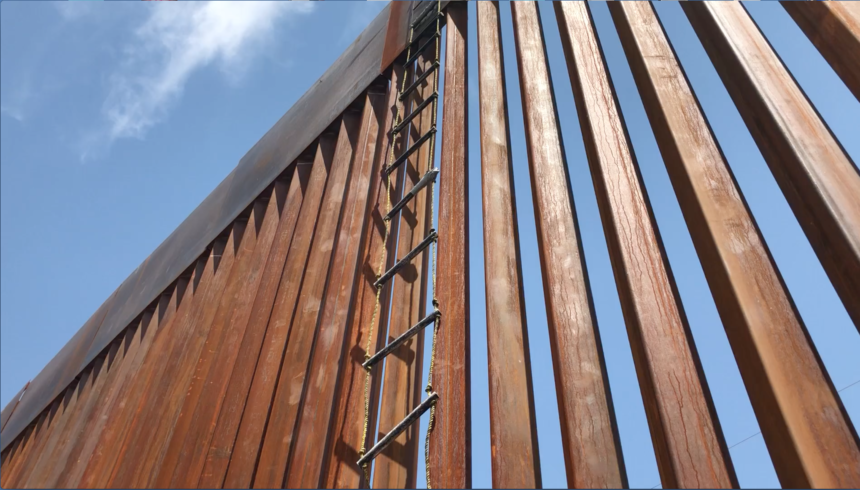 MEXICALI, B.C. (KYMA, KECY)-In broad daylight a ladder made out of ropes and PVC plastic pipes of approximately one inch, hangs on the new border wall that divides Mexicali-Calexico.

Although the ladder measures approximately 30 feet to climb, the traffickers of people known as “coyotes or polleros” continue to do their thing.

The ladder was placed on the fence between A and B streets on the Mexican side, at the height of Paseo De Su Alteza on the Calexico side.

The makeshift ladder made of 10 plastic and 3-rod steps was found hooked to the steel plate on the wall. The border patrol continues to monitor the area.

The director of firefighters in Mexicali, Rubén Osuna, reported that so far, they have received at least 10 emergency calls to remove ladders with special equipment to save people who are trapped on top of the wall.

It has been eight months since the construction of the new wall began on both sides of the border.

Since then, Mexicali police began the "Mirror" surveillance operation in the border area where they have managed to detain more than 65 people who have damaged the fence or have attempted to cross illegally into the United States.