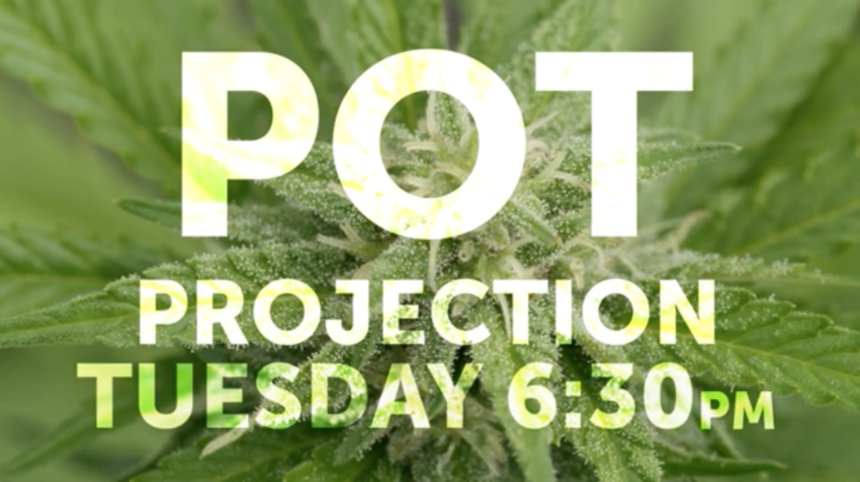 But it’s all still so new.

In a 13 On Your Side special report, April Hettinger looks into the future of marijuana in Arizona with ‘Pot Projection.’

Dispensaries, officials and consumers are still learning the ropes of adult-use marijuana in Arizona now that it is legal recreationally.

Mike Robinette, director of southern Arizona National Organization for the Reform of Marijuana Laws (NORML) says it's still too early in the game to buy cannabis legally.

At this point, there are no recreational dispensaries in Arizona which could direct Arizonans over to California to buy it.

But while driving back across states, you may be stopped at a U.S. Border Patrol checkpoint.

Since marijuana is federally illegal, no matter the amount, Border Patrol agents will still seize the drug and arrest you, even if you purchased it legally.

Which then leads to where can you buy it without getting yourself in trouble?

Local police will be reasonable with this new measure. As long as you are following the legal guidelines, you won’t be cited.

Sgt. Lori Franklin, public information officer with the Yuma Police Department (YPD) says it's legal, but there are some rules.

"Anybody over the age of 21, it is legal for them to smoke marijuana but not in a public type situation. You can’t walk down the street and smoke marijuana," Sgt. Franklin said. "You can’t be like out in the mall or something like that. You got to be in the privacy of your own home."

The Arizona Department of Health Services (AZDHS) is calling it a marijuana establishment license. The first application round will be open from January 19 through March 9.

Jon Udell, communication director for Arizona NORML says the early application round will be beneficial to counties like Yuma.

"The first of those is the early application round and that will allow dispensaries into also selling recreational, and it will allow other people to enter the cannabis industry, and in rural counties that have less than two dispensaries right now."

There can only be one dispensary or establishment for every 10 pharmacies in the state.

"We think there will be 12 new licenses granted in the first round, somewhere between, probable one and 15 in the second round based on our calculations of the number of pharmacies in the state and then I believe it’s 26 licenses coming in that social equity round," Udell said. "So, all in all, I believe that puts you at about 50 new licenses."

If you're already using medical marijuana, there are still some benefits to keeping your medical card.

"You can’t have more than an ounce on you unless you have a medical marijuana card, then you’re allowed to have up to 2.5 ounces," Udell explained.

Patients are also exempt from the 16% tax that accompanies Prop 207.

The concentration of cannabis in edibles can be higher for patients and must be labeled visibly on the packaging.

"Medical marijuana dispensaries are really free to sell whatever potency of edibles they want to consumers and some of those go up to 500, maybe 600 mg per package," Udell stated. "Under Prop 207, they’re going to be limited at least for recreational sales to selling edibles that have a potency of 10 mg per serving and 100 mg per package."

The only dispensary in the county, Jamestown Yuma, told 13 On Your Side back in November they plan to have their recreational license in the spring.

"We’re going to be scrambling to find enough product for the consumer," Genet said. "We’re already having trouble keeping up."

Even though those over 21 can now smoke marijuana legally, employers reserve the right to terminate employment or not hire for a marijuana-positive drug test.

Other federal problems dispensaries face is banking and filing income taxes with the IRS.

"They still deal with concerns like, you know, what are they going to do with all this cash that they’re making, and, you know, there may be difficulties getting loans," Udell explained. "You want to get a loan from a big bank. They’d otherwise be willing to make it for you but they don’t want to violate, you know, federal money laundering laws."

Anyone who has criminal charges for marijuana offenses that are now legal under Prop 207 can petition for expungement in the summer.

However, driving under the influence of marijuana can still lead to an arrest.

"Smoking and driving. It’s kind of like a DUI. If you smoke marijuana and you start to become under the influence of it, do not drive a vehicle," Sgt. Franklin said. "That is still something that can be prosecuted under a DUI type situation."

Bottom line is be responsible and do your research.

"Educate yourself on what is legal and what is illegal," Sgt. Franklin stated. "You don’t want to get caught and have a civil violation against you."

Dispensaries in the state say once their establishment license gets approved by the AZDHS, we may see recreational dispensaries in Arizona as soon as late March or early April.