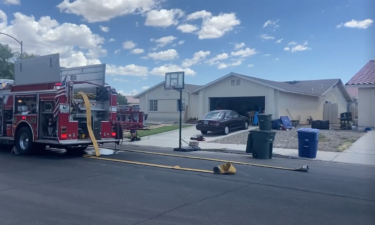 YFD says the fire began in the freezer unit and had been extinguished by the sprinkler system.

YFD Fire Inspectors arrived shortly after the alarm sounded and shut down power to the freezer and the water supply to the sprinkler system.

Firefighters confirmed the fire did not spread from the original wiring where the fire started.

The flame only set back taco sales for a few hours, as the Del Taco was able to reopen a short time later in the afternoon.

YFD says fire systems can keep fires from spreading and can also extinguish them.

Thanks to the sprinkler system, this Yuma Del Taco wasn't destroyed.