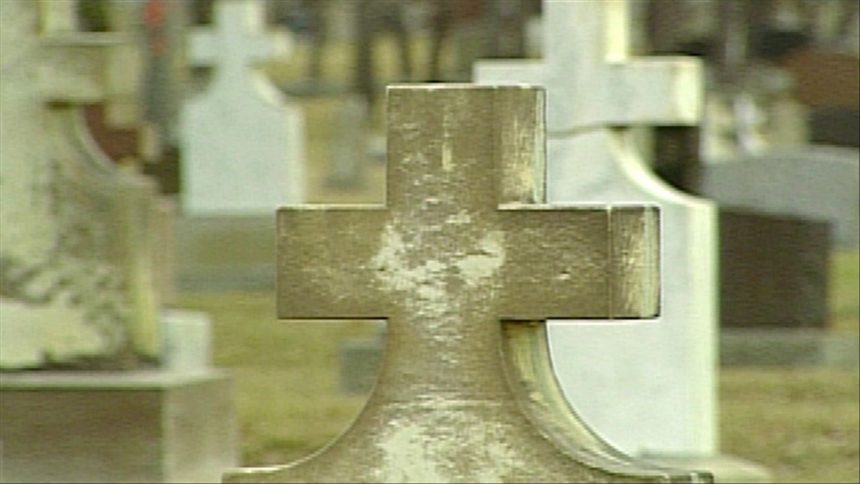 PERRIS, Calif. (AP) — Three men found dead this week in a Southern California cemetery were killed near the grave of a man who died in Mexico, authorities said Tuesday.

Riverside County Sheriff Chad Bianco said detectives were looking into whether the location of the homicides was meant to send a message and whether a cartel or a gang was involved, the Riverside Press-Enterprise reported.

“All three were killed there at the same time,” Bianco said at a news conference.

The bodies were found Monday in the grass at the Perris Valley Cemetery east of Los Angeles. The causes of death were not immediately released.

While a motive hasn’t been determined, Bianco said the men appear to have been killed execution-style.

“It certainly seems that way,” he said.

While they were found Monday, it’s not clear when the men were killed.

Bianco said detectives were looking at security camera footage to try and pinpoint how the men got to the cemetery.

Officials did not say who the grave belonged to, or whether a relationship existed between that person and the recent victims.

Detectives from Riverside have been in contact with Mexican authorities, the sheriff said.