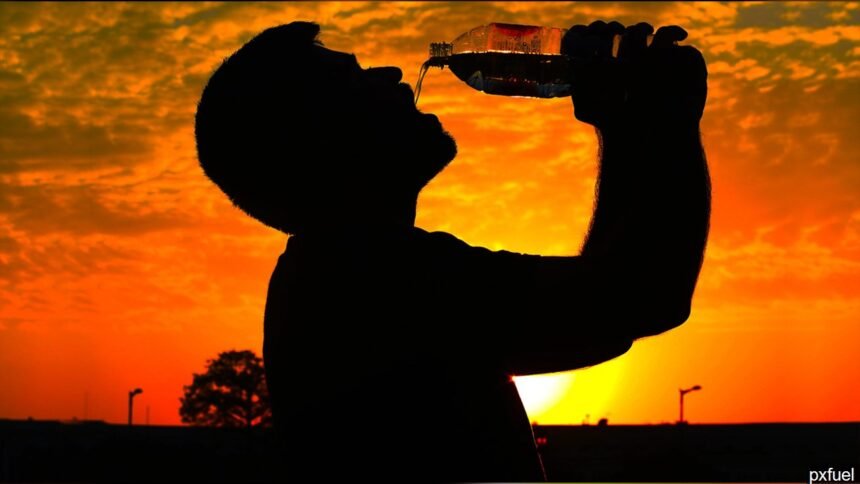 PHOENIX – Arizona will experience more days of extreme heat in the coming decade, according to an Arizona State University study that comes on the heels of the state’s hottest summer on record. But researchers are looking for ways to mitigate a hotter, drier climate.

The study, “The motley drivers of heat and cold exposure in 21st century U.S. cities,” is one of the first looks at human exposure to extreme temperatures, and it involves three factors that haven’t previously been considered together: data on population growth, greenhouse gas emissions and temperature changes caused by human development.

Researchers at the School of Geographical Sciences & Urban Planning at ASU ran decadal-length climate simulations “to quantify potential changes in population-weighted heat and cold exposure” in metropolitan regions. When compared with conditions in 2000, Phoenix and other fast growing Sunbelt cities will see the “largest relative changes in population heat exposure,” according to the paper, which was published in August in the Proceedings of the National Academy of Sciences.

“It was all about trying to understand how these three major factors combined and interact to determine better how humans will experience climate change in the future,” said Ashley Broadbent, an assistant research professor at the School of Geographical Sciences & Urban Planning who co-authored the study.

The team used climate simulations of 47 U.S. metropolitan areas, including Tucson and Phoenix, to determine potential changes in how people will experience heat and cold in the coming decades.

“We need a local-to-regional scale of information to try to quantify the different agents (variables), these different agents are responsible for impacting climate change, and it’s what makes our simulations new and more precise,” said Matei Georgescu, a co-author of the study and associate director of the ASU school.

Every city has its definition of extreme heat – in Phoenix, it’s 112 degrees. According to Austin Jamison, a meteorologist at the National Weather Service in Phoenix, the city has already experienced 29 days of extreme heat in 2020, and August and July were the two hottest months recorded in Phoenix since official record keeping began in 1896.

“High heat can affect the whole population. We recommend people stay hydrated and stay cool when we have these temperatures, you definitely need to limit strenuous outdoor activities,” said Isaac Smith, a meteorologist at the National Weather Service in Phoenix. “That is why we release heat warnings, for the safety of the population.”

September 2020 tied with September 2010 as the third hottest September on record in Phoenix, he said.

“The way the weather pattern played out this summer,” Jamison said, “we have a lack of clouds and humidity, which would otherwise reduce the amount of solar energy to bake the ground. And also there were less thunderstorms around that normally help cool the air as well. These patterns could very well happen each year.”

Based on data provided by the Climate Prediction Center, Jamison also predicts this winter will be warmer than usual in Arizona.

“If you look at the predicted forecast for these next few months, we expect a 50 percent likelihood that temperatures will be above normal,” he said. “We are looking at a possibility of below average precipitation, too.”

The study suggests human caused influences will determine how severe an experience extreme heat will be for the population.

“Our results show that population-weighted exposure to locally defined extreme heat … would increase … under a high-intensity greenhouse gas emissions and urban development pathway,” the study said.

Georgescu said there’s no “one size fits all” when it comes to defining extreme heat.

“Using a fixed temperature for reference is not going to be accurate,” he said. “What is considered extreme in Phoenix would be considered a different planet where I used to live in New York City.”

Although this new research has helped understand the potential future of Arizona’s climate, the team is focused on the smaller-scale impacts of their research.

“If we are discussing extreme heat,” Georgescu said, “what we are really very interested in is not the extreme temperature itself, but the extreme impact it will have on humans. We need to communicate these sorts of findings in a more human-centric perspective.”

Maricopa County recorded 197 heat-related deaths in 2019, compared with 182 the previous year. As heat exposure is expected to increase in the area, so are the number of deaths.

The study said heat and cold are a leading cause of weather-related mortality and morbidity, and measuring the population’s exposure to these events is crucial to understanding the public’s vulnerability to climate change.

“We need to address this problem on multiple levels,” Broadbent said, “mainly through infrastructure, but also through some of the measures that will help protect vulnerable people from heat. We have quite a lot of projected population growth for the Phoenix metropolitan region, so that really compounds another potential problem to heat deaths.”

About 75,000 people move to Arizona each year, according to data from ASU’s W. P. Carey School of Business.

But the increasing heat over the next few years will not affect Arizona residents equally, and Phoenix has projects in place to prepare for this, said Ariane Middel, a senior sustainability scientist at the Global Institute of Sustainability and Innovation at ASU.

“Mechanisms to cope with the heat, for example shade and trees, are not equally distributed across the whole metro area so there are areas in the Valley that have more trees and more shade other areas have less,” she said. “It’s important for the city to identify disparities and make a plan to reduce heat exposure. And they have.”

To help battle the increasing heat in Phoenix, the Phoenix Street Transportation Department this year chose sections of eight neighborhoods and one city park for a pilot project that involves painting pavement with a lighter color than asphalt. Cool pavement, unlike traditional asphalt, reflects sunlight rather than absorbs the heat. This could potentially offset rising temperatures in Phoenix.

Over the past 10 years, Phoenix has also been planting more trees and building shade structures as part of its Tree and Shade Master Plan to achieve an average of 25% shade coverage for the entire city.

Middel, who describes her research as focused on “everything heat,” studies how to measure heat, how people experience heat, and she models heat in neighborhoods.

“I think the most important point is, if you do plant trees or do these interventions, to do them where people are. It’s not just good enough to increase the tree canopy cover in the valley by 10% or more like 20%,” Middel said. “It’s important to plant those trees where people actually stand at the bus stop, or where people walk so that they’re directly getting the benefits from the shade.”