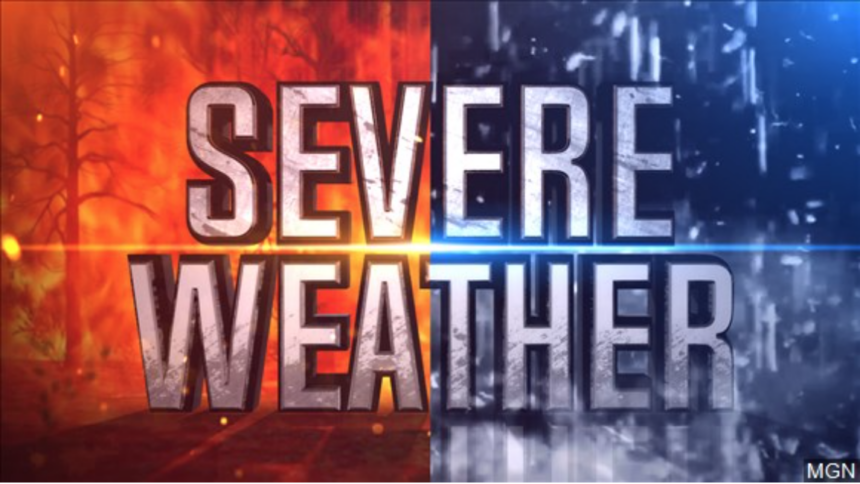 YUMA, Ariz. (KYMA, KECY) - As a strong fall weather system moves through the region today, temperatures will hardly budge all day, with highs 15 to 20 degrees below normal today and little improvement on Tuesday.

According to the National Weather Service (NWS), high winds and lower humidity levels will set off several severe weather alerts, including a wind advisory, an air quality alert, blowing dust advisory, and a red flag warning.

The wind advisory will remain in effect until 10:00 p.m. Monday, along with the air quality alert.

High winds will set off a blowing dust advisory until 6:00 p.m. tonight.

Low humidity along with high winds will set off a red flag warning in effect for central areas of Yuma County.

High temperatures today will be 15 to 20 degrees below the average this time of year only reaching the mid-60's in the late afternoon hours.

Overnight lows will remain cold in the 40's with Somerton dipping into the upper 30's later tonight.

The potential for showers will remain mainly across Gila and Pinal counties through this afternoon.

Across southeast California and southwest Arizona, strong northerly winds will last much of the day, likely leading to localized areas of blowing dust.

Dry and warmer conditions are expected during the latter half of the week as high pressure settles across the region.