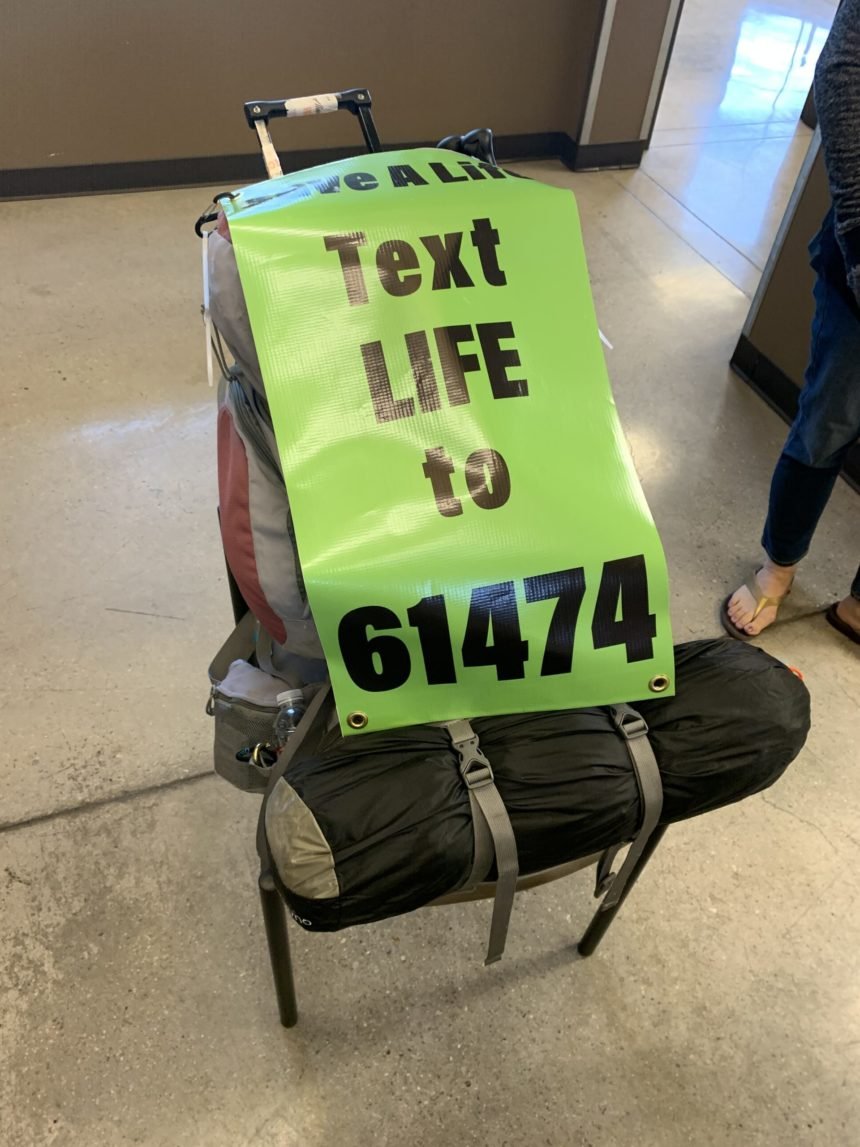 YUMA, Ariz. (KYMA, KECY) - After her granddaughter was born with a rare form of cancer for infants and was given a bone marrow transplant, Jeana made it her goal to begin a walk across the nation to help collect donors.

A record of over 4,000 miles of walking all for a special cause. Jeana Moore began her walk in 2009 from Seattle to Los Angeles. From there she continued her walk all the way to New York City, with her backpack and a sign attached that read "Text LIFE to 61474".

Collecting donors for Jeana started after her granddaughter, Jada, was born with acute myeloid leukemia, a rare form of cancer for infants. The doctors told her family that she wouldn't survive if she didn't receive a bone marrow transplant.

Jada was put on the national bone marrow transplant waiting list, a list that some people are on for years. However, two months later they were blessed to have received a transplant.

Jeana was so grateful Jada received this transplant in time and decided she wanted to give back because of it, so she began her walks.

During her walks so far, she has been able to get over 5,000 donors enrolled in the national donor program, Be the Match.

While Jada's family was traveling back and forth from a Seattle hospital to their home in Northern Washington, the help of a special organization played a huge role in funds.

Bikers Fighting Cancer donated money for expenses, that way both of Jada's parents can be by her side and not have to worry about work.

Patrick Healy was the president of the biker club during this time and currently resides in Yuma. He has kept in contact with the family all these years, and Jeana even decided she wanted to give back to him for his help all those years ago.

She begins walking down to the desert southwest to begin her walk across the Sonora desert.

She feels this walk would benefit because the National Bone Marrow registry doesn't have many Hispanic and Native American's who donate. Jeana said Hispanics, Native Americans, and African Americans have chances below 50% when it comes to receiving a bone marrow transplant.

By walking, she will be able to get more of these three nationalities to register and help someone who is in need.

Jeana will continue her walk through the Yuma County and begin her travel up to Phoenix where she anticipates making it up by the beginning of March.