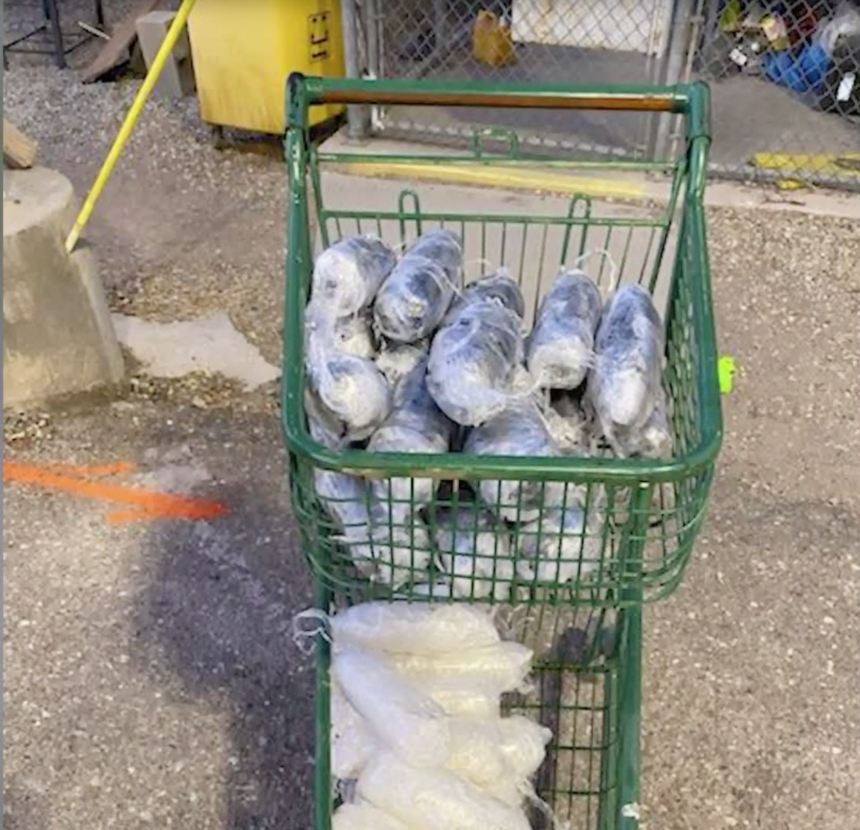 Border patrol agents say a Toyota Four Runner was sent to secondary inspection after being informed the car was possibly stolen.

A K-9 flagged the vehicle and they found 31 packages of meth in a spare tire totaling to more than $70,000.

A second incident involved a vehicle sent to secondary inspection at the Highway 86 checkpoint Wednesday.

A K-9 alerted agents whom then discovered more than $50,000 worth of meth disguised in battery booster boxes.

One U.S. Citizen was arrested.