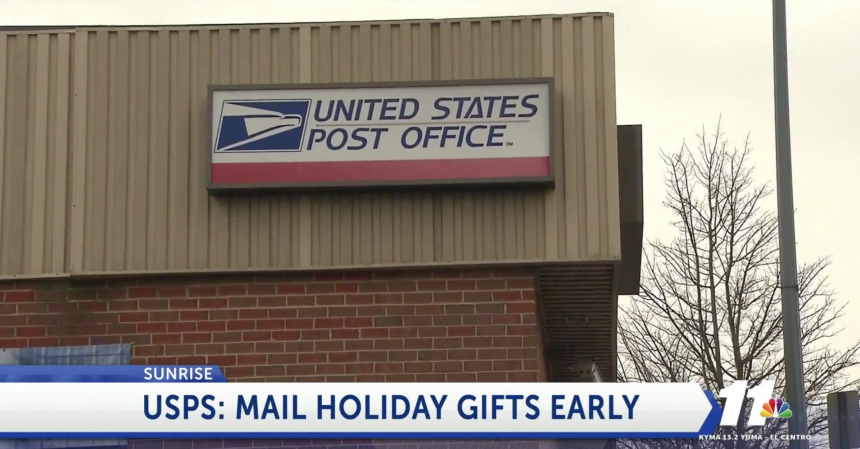 A surge in online purchases during the pandemic means that parcel delivery services are struggling to keep up with shipments. Demand for shipping has reached levels they didn't expect to deliver until several years from now.

Now everyone in the industry -- senders, recipients and those who deliver the shipments -- are growing concerned about an even bigger surge in shipments as the holiday season gets underway.

"The spread of Covid-19 in the US has triggered such an increase in e-commerce since March that shipping volumes have consistently been at Christmas peak or Cyber Monday levels every day," said FedEx Chief Marketing Officer Brie Carere. "Now we're headed into a peak on top of a peak. We expect there will be limits to capacity on certain days this season."

UPS and the US Postal Service insist that they're working with customers to handle the influx of packages, including adding more temporary staff and increasing Saturday and Sunday deliveries. But experts who track shipping capacity say that shippers -- those who send out the packages -- will still run into capacity bottlenecks.

"There's no way the parcel carriers are equipped to handle it," said Hannah Testani, chief operating officer of Intelligent Audit, a freight audit and analytics company. She said that people buying gifts online might want to order as early as December 1 to ensure that their packages arrive by Christmas.

Other experts wouldn't go to that extreme, saying it won't be necessary to order that much in advance. But they say delays will be the norm close to Christmas.

"I would say December 18, the Friday the before Christmas, should be safe in most cases," said Satish Jindel, president of ShipMatrix, a software provider that works with parcel shippers. "That's moved up by at least two or three days from last year."

Only so much delivery companies can do

Jindel said that as much as the parcel delivery services want to help, they can only add so much capacity in a short time.

"Adding capacity is not something you can do overnight. It takes a year to build a hub," he said.

The delivery services say they are increasing capacity as quickly as they can. UPS hired 39,000 permanent new employees in the second quarter of 2020, all of whom are working inside its sorting facilities or as drivers. It also will hire more than 100,000 additional seasonal employees for the peak holiday time frame. FedEx is adding 70,000.

The uncertainty about shipments is what makes it so difficult to plan for this year's holiday season. The demand could even tighter if a second wave of the pandemic forces traditional brick-and-mortar stores to shut down again.

"I don't know about a shipocalypse. But a year ago, no one saw these kinds of conditions existing at this point in time," said John McHugh, chairman of the Package Coalition, which represents shippers using the Postal Service for parcel deliveries. "We're in unprecedented territory."

One logistics expert who works with shippers says his clients are being told limits will be placed on the number of packages that their delivery services will accept.

"Without exception our customer base is all trying to make sure they have capacity because they're expecting a lot of shipments. And they're all having trouble finding capacity," said the expert, who spoke on the condition of remaining unnamed. "People are nervous about getting on the wrong side of UPS and FedEx."

As Seen on TV / Consumer / Video