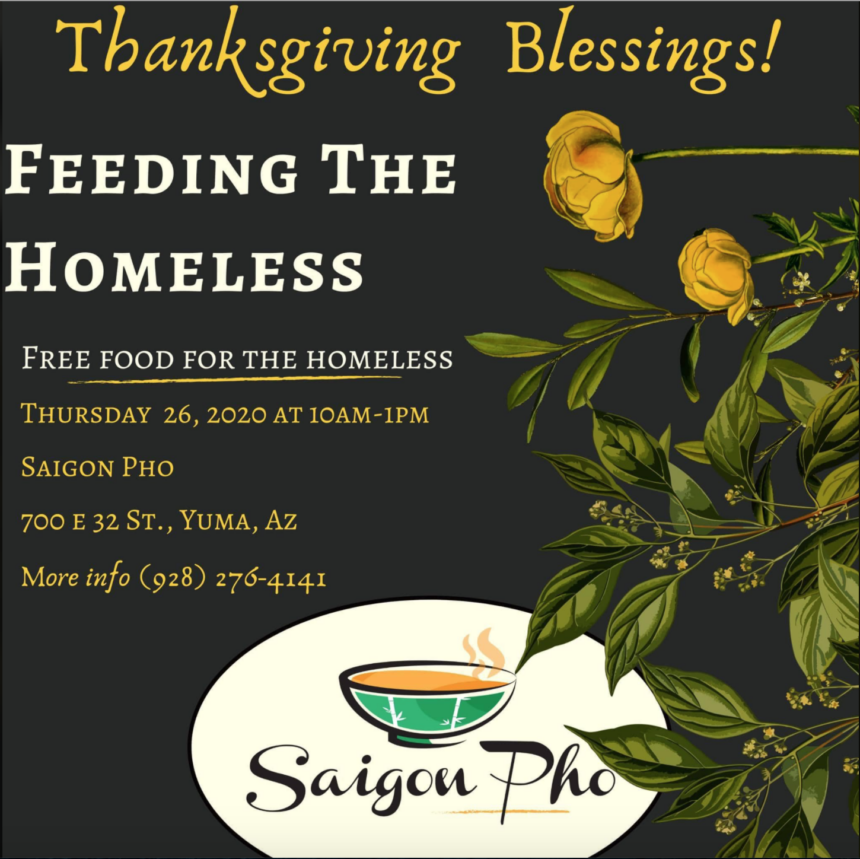 YUMA, Ariz. (KYMA, KECY) - The owner of Saigon Pho in Yuma requested that his name not be used, explaining he has no interest in notoriety. So on his behalf his public relations spoke to us.

According to Jonny Porter with These Guys Digital Marketing the owner was orphaned as a child and lived on the streets in Vietnam. Now, living in the United States and owning his own business, he wants to help the less fortunate.

So, on Thursday, Thanksgiving Day from 10 a.m. until 1 p.m. Saigon Pho (700 E. 32nd Street) will be offering free meals to those in need. The restaurant is located on 32nd Street and Chiquita Drive.