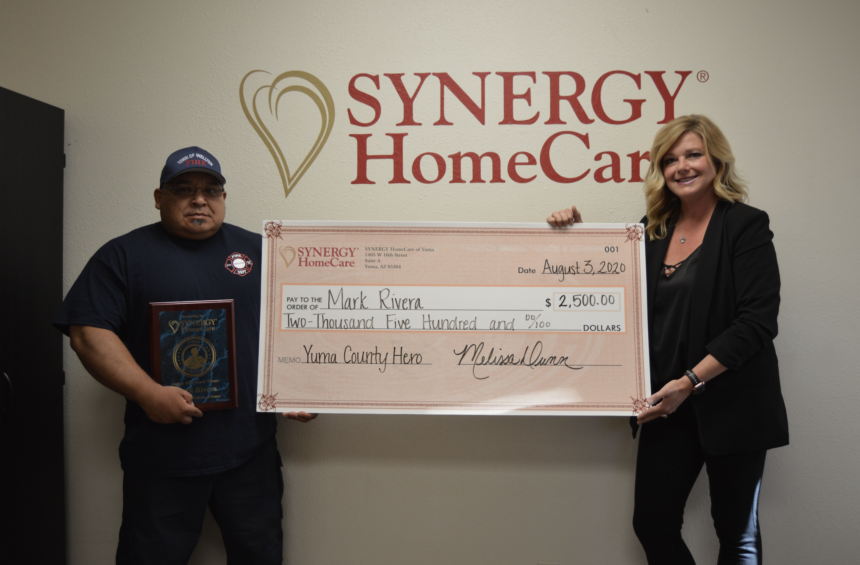 YUMA, Ariz. (KYMA, KECY) - Synergy Homecare in Yuma is honoring exceptional locals through their new program, Yuma County Heroes, where winners get a check for $2,500.

Yuma County Heroes wants to recognize people in the community who go above and beyond, especially during the coronavirus pandemic.

Every three months, a winner is announced. The company hopes to continue giving back through this program for the years to come.

Rivera has been a firefighter for more than 30 years, and also works full time at Wellton Mohawk Irrigation and Drainage District.

When Rivera isn't working, he says he coaches both softball and football at his local high school and is also a member of the Wellton Elementary School Board.

Being nominated and winning the $2,500 check came as a complete surprise to him, but he is fortunate to have received this money. He plans on donating a portion of it to his church, and he says he's letting his wife handle the rest.

The next winner will be decided in December.

To nominate the hero in your life visit the Synergy webpage.