There are only 100 days until the Winter Olympics in Beijing, but continuing Covid-19 outbreaks and growing boycott calls are putting a damper on preparations.

FDA vaccine advisers voted yesterday to recommend emergency use authorization of Pfizer’s Covid-19 vaccine in children 5 to 11. Members agreed the benefits of vaccinating younger kids appear to outweigh risks, and some were reassured by the fact that the dose for younger kids is much lower — one-third the amount — than an adult dose. Now, the FDA itself must decide whether to authorize it before the question goes to CDC advisers next week and finally the CDC director. That agency separately has suggested that some immunocompromised people may benefit from a fourth Covid-19 mRNA vaccine shot at least six months after a third one. But there are no hard guidelines, so the CDC says people should consult their doctors. Meanwhile, in Brazil, a panel investigating the government’s handling of the pandemic has voted in favor of charges against President Jair Bolsonaro. They allege his government let Covid-19 run rampant in a failed bid for herd immunity.

Democrats are close to hammering out the language in their spending bill, which would allow it and the bipartisan infrastructure bill to move forward. President Biden has been clear that universal preschool and subsidized child care components need to stay, even as other priorities have been pared down. Paid family leave will also stay in the bill, though it has been stripped to four weeks from a proposed 12. The party really wants an infrastructure vote this week because key highway funding runs out Sunday. But progressives say they need more than just a framework for the spending bill to vote on the infrastructure bill. That sets up a potential clash with Speaker Nancy Pelosi and other top Dems that could thwart Biden’s broad domestic agenda.

The scope and impact of the cache of internal documents known as the Facebook Papers is growing as more records are released and more news outlets join the consortium reporting on them. Among claims that Facebook knew its platform was being used to sow violence, extremism and political discord, some documents reveal it struggled with its campaign to battle Covid-19 misinformation. While publicly Facebook touted its efforts, some within the company questioned whether its systems could adequately handle the task. The whole issue has heightened calls for more regulation of the platform and social media in general. To that end, executives from TikTok, Snap and YouTube were grilled by senators yesterday about the steps their platforms are taking to protect their young users, weeks after a Facebook executive faced questions on the same issue.

World leaders are preparing for the COP26 climate summit that kicks off this weekend in Glasgow. Biden wants some sort of US climate measures in place to back up his pledge to cut greenhouse gas emissions, but negotiations in Congress — and rising gas prices — are complicating things. Australia’s Prime Minister unveiled a new climate plan yesterday, announcing that his country would aim to reach net-zero emissions by 2050. But it could be too little, too late. The plan comes after months of pressure from international allies and is arguably the weakest climate plan among the G20’s developed nations. In fact, a group of Torres Strait Islanders living off Australia’s north coast filed a court claim against the Australian government yesterday, saying it has failed to protect them from climate change.

Myanmar’s ousted civilian leader Aung San Suu Kyi testified in court yesterday for the first time since she and the rest of the country’s leadership were overthrown in a military coup this year. If she is found guilty of the raft of charges against her, she could spend years in prison. A gag order on her legal team, imposed by the junta, has prevented her testimony from being made public. Meanwhile, the Association of Southeast Asian Nations (ASEAN) leaders summit in Brunei began yesterday — without a representative from Myanmar. The group has refused to recognize junta leader Gen. Min Aung Hlaing because of the military’s failure to end the coup-related violence in the country and allow humanitarian aid.

Hopefully your ears will have healed from Hans Zimmer’s handiwork by then.

The instinct to ignore is strong, but please, if you’re lost, answer your phone!

Getting to space? Hard. Getting the toilet to work? Even harder.

That’s the proportion of Tesla CEO Elon Musk’s wealth that would be needed to solve world hunger — about $2 billion. The director of the United Nations’ World Food Programme used the figure to illustrate how a small group of ultra-wealthy people could help end world hunger with just a fraction of their net worth.

“The word ‘victim’ is a loaded, loaded word. And I think ‘alleged victim’ is a cousin to it.”

Circuit Court Judge Bruce Schroeder. Teen gunman Kyle Rittenhouse will soon stand trial for shooting and killing two people during a 2020 racial justice protest in Kenosha, Wisconsin. By custom, the judge in the case does not allow the prosecution to use the word “victim” but may let the defense refer to the two people Rittenhouse killed as arsonists, rioters or looters. The assistant district attorney says that sets up a double standard.

Watch this vintage Barbie get refurbished, from the very roots of her hair to the tips of her painted fingernails. (Click here to view.) 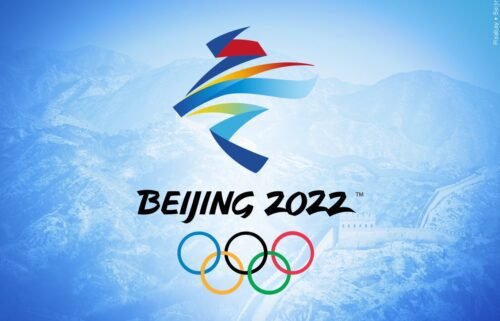 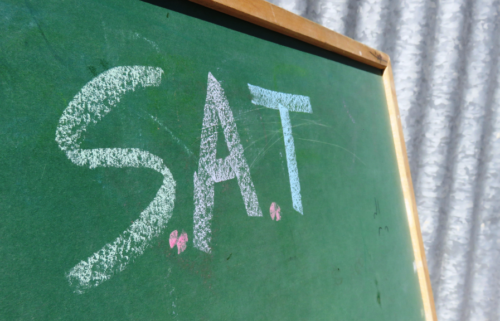