Police continue to search for the suspect that fled the scene

YUMA, Ariz. (KYMA, KECY) - An 18-year-old is dead, and another is at the hospital with serious injuries after police said they were struck by a vehicle early Wednesday morning.

The Yuma Police Department said it received reports of an injury collision in the 1900 block of West 32nd Street around 1:30 a.m., between 15th Avenue and 21st Avenue. Police say the vehicle that struck the bicyclists fled the scene eastbound on 32nd Street. They suspect the vehicle is a silver 2011-2013 Chrysler 200. The vehicle should have front-end damage more on the driver's side headlight being broken, including the grill and headlight areas.

"They were riding their bicycles eastbound on 32nd Street when they were struck from behind by a vehicle. Two of the bicyclists were struck, the 18-year-old and one of the 16-year-old. They were transported to Yuma Regional Medical Center. The 18-year-old was pronounced deceased at the hospital this morning," says Yuma Police Department Sgt. Lori Franklin.

The 16-year-old was later flown to a Phoenix hospital with serious injuries. Investigations revealed that the vehicle was also heading eastbound and struck the two individuals from behind. The third teenager at the scene of the incident is unharmed.

Many in the community offered condolences on social media to the victims and their families during this difficult time.

One saying, "This is heartbreaking. I can't begin to imagine what the families are feeling. Big prayers!"

And another saying, "I hope they find whoever did this, prayers to the families."

"Always make sure you have active reflectors on there, so that vehicles, you know, it will light up when the headlights hit it. But you gotta have lights on your bike too. That, that will also help cars see you on the side of the road if you’re riding. And helmets, helmets are a huge thing," says Sgt. Franklin.

The case is still under investigation. Now police need your help finding the driver that took off from the scene. Anyone who may have information on the incident or the driver is asked to contact local authorities at (928) 783-4421 or 78-Crime at (928) 782-7463. 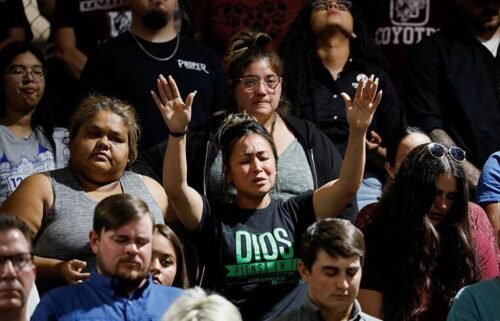 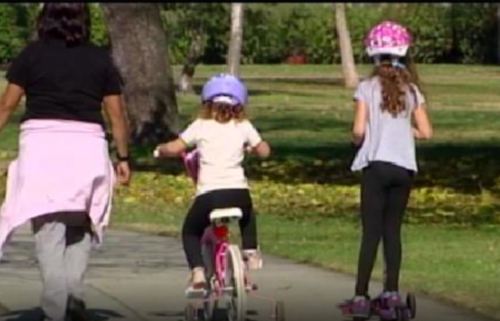