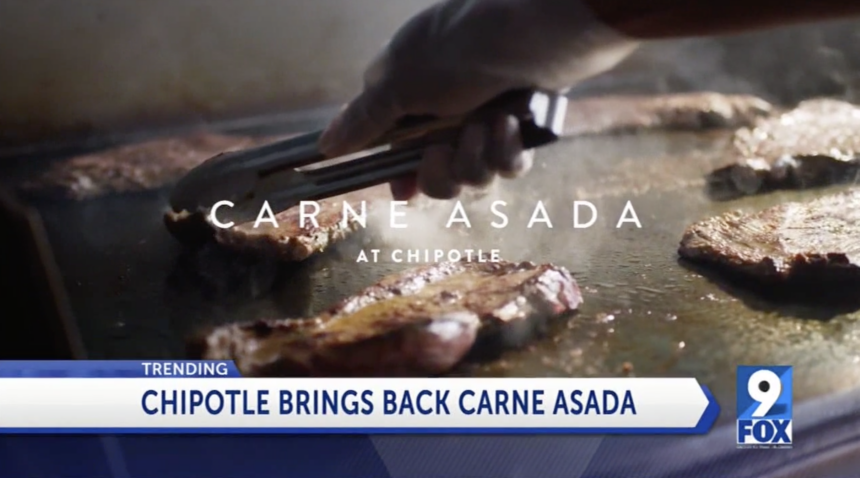 (CNN) - Chipotle is bringing carne asada back to its menu following a half-year hiatus.The marinated steak option, which appeared on Chipotle's menu for about four months starting in September 2019, will once again be available in the United States for a limited time.

Carne asada was so popular with customers that the chain ran out of the menu items. This time around, Chipotle said sourcing the meat "underwent an extensive vetting process to find more suppliers" that it says meet its standards.