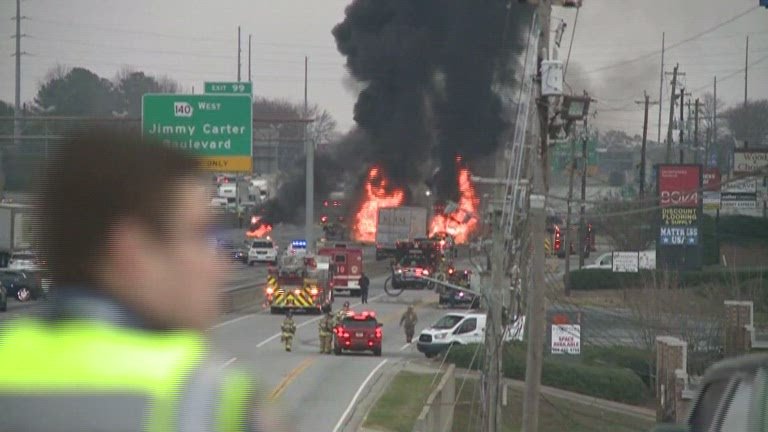 ATLANTA, Ga. (KYMA, KECY) - A section of a Georgia interstate will need to be repaved following a fiery crash resulting in death Saturday morning.

The multi-vehicle crash involved a fuel truck on an interstate outside of Atlanta.

Firefighters on the scene say they arrived to see the tanker on fire, with fuel spreading through a nearby sewer drain running under the highway.

They say explorers were heard from the sewer manholes and the fuel ended up in front of a restaurant.

The fuel caused a brush fire, knocking out power and forcing an evacuation from the resaturant.

Traffic in both directions of the interstate was stopped, with people forced to leave their cars behind to make their way to safety.

Officials say the fire damaged all northbound lanes of the interstate, so they will need to be repaved before further use.

They will try to repave the interstate Saturday night, for it to reopen on Sunday.

No word yet on the two people who were killed in the crash, or other injuries.