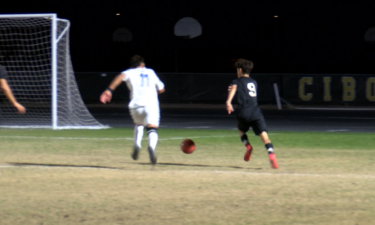 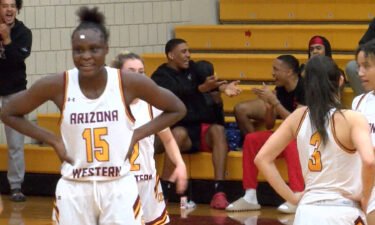 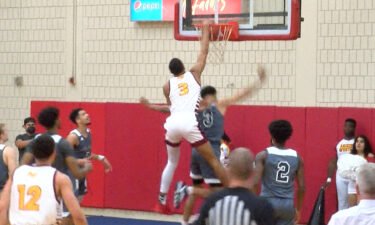 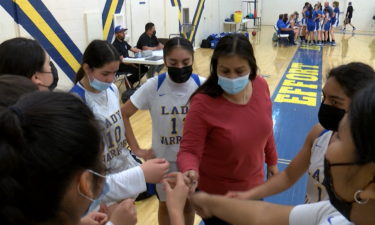 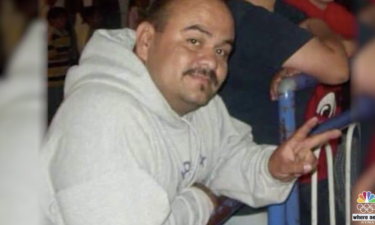 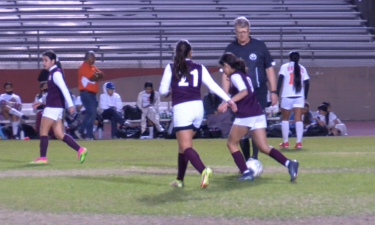 HOLTVILLE, Calif. ( KYMA, KECY-TV ) - When head coach Melissa Snyder took over the Holtville softball program four years ago, the team found itself at the bottom of the Imperial Valley League.

"We just weren't very good back them," Snyder said. "I think in my first three years we only won one league game. Teams would 10 run us all the time."

Over the years, Snyder and her coaches watched the team progress. In the spring of 2020, the Vikings hit their stride and finished a COVID shortened season 7-1.

"At the end of the COVID year they came out with the rankings and we were ranked #1 in Division 4," Snyder said. "I think that really fueled us."

The Holtville Vikings found themselves receiving a little attention. The Vikings entered the 2021 season very young with only three seniors and one junior on the roster. However, this young team was also a very tight knit team.

"So my sister is Kalli Strahm," Freshman second baseman Brooke Strahm said. "She's the pitcher and then the shortstop and third baseman, Kamryn Walker and Demi Johnston are my cousins so, it's a family affair in the infield."

Snyder knew that even through her team was young, they had grit and determination.

"We knew that if we were given the opportunity to have a season this year, we were going to make it count, there was no doubt," Snyder said.

"From the very first day I told them June 19th, June 19th," Snyder said. "That was the set day that CIF had set aside for the Division Championship. I'd say that's what we talked about day in and day out."

Before the playoffs started, Snyder brought in a special coach from San Diego that spoke to her team about the championship mindset.

The Vikings smashed their way through the playoff bracket outscoring their opponents 23-2 including a forfeit.

"We did what we call drown the rats," Snyder said. "You get up and don't let up, you continue to press that gas pedal down."

On June 19th, the Vikings found themselves right where they wanted to be, in the CIF Division 4 championship game versus top seed Bayfront Charter. With two outs in the top of the first inning, the Vikings bats came to life leading to four runs.

"When we got the four runs, it took a lot of pressure off of me," Sophomore pitcher Kalli Strahm said. "I kept telling myself this is what I've worked for since I was 8 or 9 years old."

"We've been coached hard our whole lives," Brooke Strahm said. "If we wanted to win something, if we wanted to accomplish something great, we'd have to work hard and that has been planted into our brains since we were little girls."

Holtville won 13-7 and captured their first CIF Division title since 1998.

"CIF is my favorite moment of the year," Senior Emily Zarate said. "So many fans came to see us, drove two hours and didnt have to do that, I'm really grateful for that."

"It was hard for me to even talk," Snyder said. "It was, we finally had gotten to the place that we wanted to be."

What was normally the pinnacle and end of the softball season now had an interesting twist. The CIF offered an opt in state tournament opportunity.

"I think that it was super special," Snyder said. "Even though some girls had plans, they were able to work around them because this was so special to them."

Snyder would not be able to attend due to prior family plans but she left her team something to remember her by, her old shoes that she hung over the dugout door.

"Those shoes symbolized all the hard work that we all went through this season," Snyder said. "I wasn't ready to throw them away until that chapter was closed. Now it's closed but I don't want to throw them away."

Holtville would receive a #1 seed in the state tournament. After a first round bye, Holtville defeated Kearny 14-4 setting up a state title match with the #3 seeded Highland Scots out of Bakersfield.

"It was an awesome feeling seeing how many people came to watch," Kalli said. "It wasn't just Holtville, people from all over the valley came."

The outcome wasn't what Holtville had dreamt it would be. Holtville led 3-2 heading into the top of the fifth inning. Highland came through with two out hits to take a 4-3 lead. Holtville had chances to tie the game late but couldn't get the timely hits. Highland won 4-3.

"We did fall short but what I can tell you is from these coaches, these girls played their best game and fought their best fight," Snyder said.

The Vikings did not fall short, they achieved their goal and then went above and beyond what they were asked to do.

"it was amazing, like its a once in a lifetime experience," Zarate said. "I'm just happy how I ended my career in Holtville."

"It just very special," Snyder said. "They've been with me since I started."

Holtville now see's themselves as a power in the Imperial Valley and the state of California.

"It's not little Holtville anymore," Brooke said. "We're not to be underestimated anymore, we're, we could be one of the big shots in the Imperial Valley and I just think that's really special."