YUMA, Ariz. (KYMA, KECY) - The Arizona primary election is less than a year away and candidates continue to make their way to Yuma. Including U.S. Senate candidate Mick McGuire, who met with locals and toured the U.S.-Mexico Border.

He’s the former head of the Arizona National Guard and emergency management division, appointed in 2013 by then-governor Jan Brewer.

We caught up with Major General Mick McGuire at this portion of the U.S.-Mexico Border, where once again we saw firsthand just how many are coming across daily.

He says illegal immigration is a major issue he’s looking to improve with his previous experience representing Arizona's army.

He’s calling on the white house to do more along the southern border.

“We need them to immediately use their executive authority to get the guard back down here immediately. There is plenty of money that's unexpended still without anymore appropriation that could be allocated, he just doesn’t want to do.”

During the tour, Yuma County supervisor Jonathan Lines shared that over 800 people are processed every day in the Yuma Sector alone.

While we were there, agents apprehended over 100 undocumented immigrants.

Only two agents were on scene during the encounters - something McGuire says is not right.

“With Biden cutting off that money not just here but in California, New Mexico, and Texas they have no capacity to have anything matching what we had even a year ago so they’re being completely overwhelmed. And it's totally unfair to our communities,” McGuire explained.

Senate members are continuing to negotiate a multi-trillion-dollar spending bill.

But McGuire says things are being added that should not be part of a reconciliation bill.

“Every American needs to understand, prior to this we already printed 5.9 trillion and future generations can’t pay for that. Nearly 10 trillion in two years of spending, the GDP can’t grow fast enough to not keep from having hyperinflation,” McGuire added.

“Somebody asked me the other day what elected official do you admire the most… I said Kyrsten Sinema. I said we don’t agree philosophically on a lot but it takes a lot of courage to hold the line from the radical left.”

Mcguire is going up against several other Republican candidates who are all looking to take Sen. Mark Kelly’s seat in November. 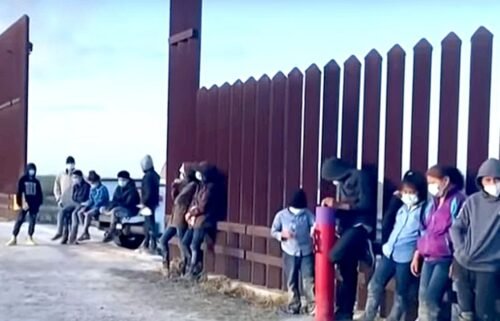