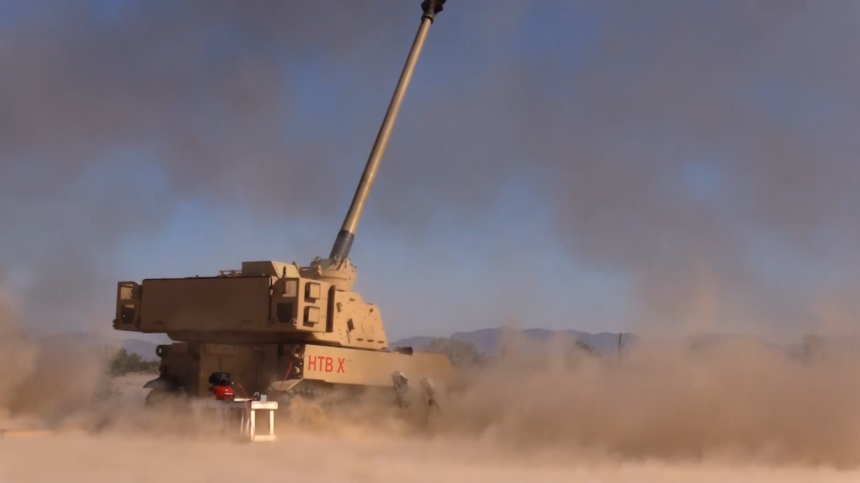 This system can track and identify moving or still targets even differentiating them between military and civilian vehicles.

Soon ground artillery commanders will have the ability to destroy unreachable air and ground targets, not reachable before, using the weapon.

“Very first prototype, so we finished the instrument and firing and we learned a lot about its performance. Just fantastic feedback from the testers there at YPG,” said Brigadier General John Rafferty.

The new weapon called Extended Range Cannon Artillery (ERCA) continues to use the g-p-s guided precision attack options but now the attack range can extend up to 43 miles.

That’s a big difference from the current 18-mile range.

It can also reduce the time from target identification to effects on the target.

According to military officials, the cannon has a longer barrel and a new “super-charged” propellant.

“Figuring out how we can improve or increase the range of this projectile using more propellant. So a bigger supercharged propellant by adjusting the software of this guided projectile to get it into a collides phase, that would get it out to the extended range of 70 kilometers," explained Brigadier General Rafferty.

"It's the number one modernization priority for a reason because it's so critical to the success of our army to maintain our overmatch in artillery,” he added.

Future upgrades may also enable the projectile to identify friend or foe and to communicate between projectiles in flight to reduce multiple engagements for the same target.

“This is phenomenal technology for the army and modernizes to put us ahead with our enemies,” YPG Commander Col. Patrick McFall said.

It’ll be a while until it's released out in the field. The first operational systems are slated for delivery to the army by 2023.