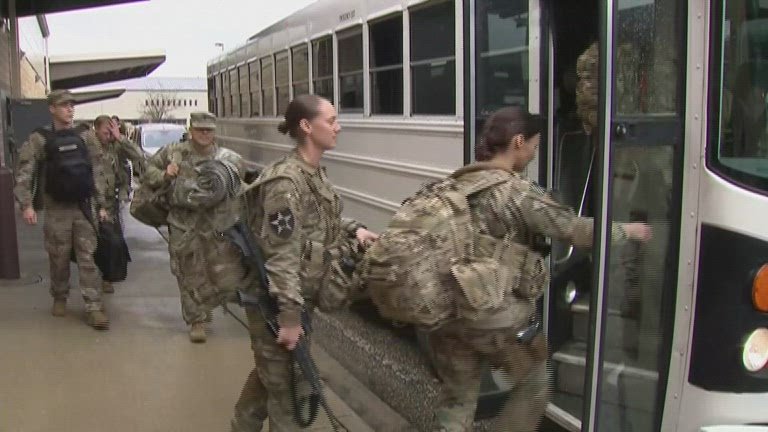 FORT BRAGG, N.C. (KYMA, KSWT, KECY) - About three thousand men and women are being deployed to the Middle East amid rising tensions with Iran.

Video shows soldiers from the 82nd Airborne Division, geared up with their belongings, answering their call to duty.

One by one, soldiers board white buses that will take them from Fort Bragg, a step closer to soon finding themselves thousands of miles away from home.

These soldiers are being deployed after thousands of Iran -backed militiamen and supporters stormed the US embassy in Baghdad on Tuesday.

According to officials, they will join about 650 other soldiers already deployed to the region.

This immediate response force of soldiers is being spread throughout the region, with soldiers heading to bases in Iraq and Kuwait.